When Omar Albakour and Avery Mills, from Columbus, Ohio, first appeared in Syria on TLC’s 90 Day Fiancé, they were head over heels in love for the 90 days after talking online. The couple married on Avery’s first trip to meet Omar in person.

And although cultural differences, problems with the visa process, and the skepticism of the family members seemed to demand their interpreters from the young couple, they are still happily married and are making strong progress.

Avery was open during the show about how much her conversion to Islam meant to her. The 21-year-old 90 Day Fiancé star often spoke out about racism, religious discrimination, and people’s negative reactions to her hijab on social media. Recently, Avery went to Twitter and Facebook to tell a story about alleged abuse at Walmart because of her hijab.

In early January 2020, Avery posted a story on Facebook and Twitter claiming to have been discriminated against by two local Walmart employees because of her religion.

“I went to Walmart today and two employees sat right next to me, they started talking about how America is not the way it used to be and how Trump has to take out the garbage and look at me,” the 90 Day Star Fiancé wrote.

Avery added that employees allegedly made false assumptions about her finances, language, and lifestyle because of her Muslim religious robe. “I stayed out of it and went on shopping and they assumed I didn’t speak English, so they pointed me out and said she could afford it, and the other said maybe with her welfare check from our taxes,” she continued.

Finally, the young woman claimed she confronted the workers and eventually had them fired for religious discrimination. “I summoned them because they were trying to kiss my ass and they were out of work,” she wrote. “Trump didn’t have to put out the trash can of Bc I did.”

I think you can tell by the look on both of our faces we just woke up haha, #wewokeuplikethissss (except i don’t sleep in a hijab lol)

Some 90 Day Fiancé fans expressed their support and sympathy for Avery’s story, while others shared their own experiences of religious and racial discrimination. “Avery, you keep impressing me with your strong character and I love that you stand up for what you believe in. That’s integrity, and the world needs more people like you,” wrote a Twitter user.

But others didn’t believe the story and claimed Avery was lying.

The 90 day Fiancé star defended herself against skeptical followers in a follow-up post and wrote, “Guys, what reward would I get for lying about what 2 Walmart workers said to me? Absolutely nothing! I don’t regret how I handled it or the only thing I regret is that I posted it online because some people just love drama. Remember that I am afraid of Allah and that he knows the truth, so why should I lie?”

A few critics even claimed that they called the Walmart in her area and that the story wasn’t true. “Called them [sweetheart],” a Twitter user claimed in response to Avery. “They said they’d never heard of you. They have zero record of you claiming any incident took place. They also said no one has ever been fired ‘on the spot’, let alone fired for racist remarks. They deny there was an incident like this.

Avery pushed back and said her story was 100% true. “So you think they’re gonna give you that information?” She asked the critic sarcastically. “Do you realize you don’t believe I’m not gonna change what happened?” 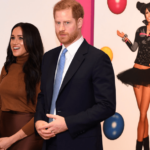