90 Day Fiancé spoiler finds that sometimes the best (and worst) things about being on youtube are the comments. Youtube is a great platform and gives voice to many who normally would not have the means to have a video platform to talk about.

TLC recently posted on its youtube channel a clip of Rosemarie Vega dragging Ed Brown to dirty all the problems they’ve had together recently, and it was absolutely glorious, here are some of the gems, and what we think of them: “When she looks at it, her face says pure disgust, and her hilarious.

Short, direct, to the point. Yes, we agree completely. Nothing in this world says “disgust” better than Rose’s face when the morning after he told her he didn’t want children. Roast! Whether Ed’s intentions were pure or not (hah!) we can’t really guess, but I think the commentator is right about one thing, I don’t think Ed Brown guessed that Rose would have the courage (or the words) to roast him alive in the face. I think Ed Brown forgets that women can be mean too, even pretty ones like Rose.

Well, if the shoe fits. Seriously, though, if you think about it, it’s a lot of lies. How do you keep track after a while? Especially the one about his sister. How did he get through dinner with the family knowing he lied about one of them? I know I couldn’t have done it. Besides, I’m not trying to grow a social media following Ed Brown, so I guess the more sympathy he gets, the better… even if none of this is real. (Excuse me while I look up at the sky. Ouch, that hurt.) “Imagine if Rose had spoken to him in tagalog. And he probably would have been destroyed.”

I agree, and even if I don’t speak the language, I’d love to do an epic Ed-roasting in Tagalog, as long as it has subtitles. Maybe Rose should consider releasing that video on Instagram!

I understand that she probably wants to get on with her life now, but that would give us some fun before Ed’s 15 minutes of fame are over. “Rose, despite being extremely poor and humble, manages to stay classy and naturally beautiful and maintain her dignity. She doesn’t deserve someone who disrespects her on TV and lies to her so much.”

THIS! 100% THIS! We stan! No, Rose didn’t deserve what she got at all. And she could have done so much better for her and the sad truth is, she knows it. She’s been on this earth too long not to know. He went there to find a nice young bride who never questioned him about anything and what he got instead was a life lesson. 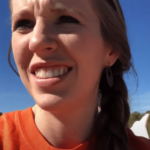