When COVID-19 started to raise its ugly head around the world, 90 Day Fiancé star Nicole Nafziger took a trip to Morocco. Not surprisingly, Morocco chose to close its borders to stem the spread of the virus and, as a result, Nicole Nafziger was stuck in the country. Since then, fans have reproached her for her decision to go to Morocco and leave her daughter in the care of her mother.

Also, some fans are not even sure that Nicole Nafziger is actually staying with Azan Tefou while she is in Morocco. Some think she’s staying alone. Now, it seems that Nafziger might end up leaving the country in August, whether she wants to or not.

While Nicole Nafziger claims to be in Morocco to visit Azan Tefou, 90 Day Fiancé fans are not entirely convinced. In fact, some believe that Nicole Nafziger is making fun of everyone, and that she is not with Tefou at all.

A Redditor said she will stay in an AirBnB while she is in Morocco. The user wrote: “My belief is that she is in Morocco, but she invited herself there, so Azan couldn’t really say no. Azan’s family didn’t want her with them, so she is staying in an AirBnB. She thought that she would see Azan all the time (hence her promise to fly her trip), but that he would avoid her in the usual way, and that she would spend a lot of time alone there”.

“As she points out, the room is not the same as her mother or aunt. Even the children’s toys are not consistent with either, since the aunt’s daughter was older. They could be her sister’s, but then we wouldn’t see her regularly eating alone in front of the TV,” they continued.

“In fact, eating alone is a strange thing to do when you are in another family’s house, especially when they have cooked for her, which they did (two tajine pictures). It’s not so strange when you don’t know the family you’re staying with and when you’re used to renting to foreign guests,” they added. “At this point, I guess she’s using quarantine to avoid it.” She sits around all day watching TV with a family she doesn’t know, making her dinner and letting her eat in front of the TV, since she is paying for it.

Could it be that Azan Tefou is snubbing Nicole Nafziger while she is in Morocco? It is true that Nafziger has not vlogged her trip as promised, and has not published many of her photos in Morocco.

I’m DONE with the LIES! #LinkInBio

The report explains: “According to the Moroccan Ministry of the Interior, as quoted by the American Embassy in Morocco, non-resident foreigners who could not leave Morocco within the normal 90-day limit will be allowed to leave without penalty until the end of Morocco’s state of emergency on August 10. Those who do not leave before the deadline may have to go through a legal process to establish their immigration status and may be subject to fines or imprisonment”.

So, regardless of his situation with Tefou, it looks like Nafziger will be going home soon. Fans will be happy to see her with her daughter again, although it seems that there are still many questions about her status with Tefou unanswered. 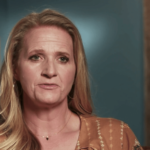