90 Day Fiancé: spoilers find out that Geoffrey Paschel has been through a lot. From going to Russia, meeting his fiancée, asking her to marry him and being rejected, he’s ready to go home to Tennessee and live his life to the fullest. That doesn’t stop him from telling his fans how he feels.

We learned this week that he won’t be attending the Tell-All and that pissed him off! Now he’s telling his fans more about his past and that he will have his Tell-All.

Rosemarie Vega seems to have started a new trend, that of telling the truth. Geoffrey Paschel posted to his fans on Instagram: “Today was supposed to be the date of my hearing for the charges in June 2019. Unfortunately, it has once again been delayed due to the pandemic”. I was very anxious to go and reveal the truth about the evidence in question”.

I have continually requested the earliest possible dates each time, so that I could promptly clear my name. I was forced to hide under a rock and I was told that the “hate will go away” if I ignored it. This is not me, and I can no longer bear the constant accusations of people while I lie in silence. These accusations are the main reason why I have been lapped by such vitriol. I can assure you that if one of these fables were true, I would bow down and take responsibility. Not everything is as it seems”.

Geoffrey Paschel continued: “I’ve been held back from defending myself, but it’s time for me to oppose the incredulous and artificial conditions that continue to worsen due to the viral spread of sensationalized opinions and lazy, one-sided internet reporting destined only for clickbaits,” he concluded. “I’m preparing it now for my revelation.”

The 90 Day Fiancé Tell-All episode will soon be aired on TLC. We won’t see Geoffrey or Varya Malina on the show, but if we know him, he will eventually put his “truth” on Instagram. Maybe he will even organize an Instagram Live that we can watch and he will reveal the truth live! 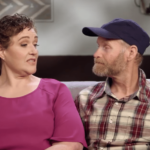 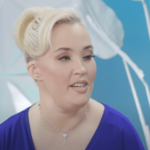