90 Day Fiancé’ spoilers discover that Stephanie Matto and Erika Owens are discovering many new things about each other. These two have had many problems since Stephanie Matto arrived in Australia. They don’t feel the same way about a lot of things and Stephanie Matto hasn’t declared herself to her mother yet.

This really bothers Erika Owens because she has just confessed to her parents and told them that Stephanie Matto was her girlfriend. In the spoilers of this Sunday’s episode, we will see women talking about a relationship that Erika had with her. When Stephanie Matto hears about this, she’ll be very upset.

We’ve seen these women arguing a lot about a lot of things, but the main one was their past. The women were seen talking in bed about Erika’s past.

She really wants Stephanie Matto to come out to her mother, but Stephanie Matto thinks her mother might not be as condescending as Erika’s parents. Erika spills the beans about a story from her past, and Stephanie is shocked. And of course, she turns it into a fight.

“I guess it’s a big deal to me because it’s happened to me before. I had this relationship with someone and it was kept secret and it really, really hurt me, you know? It was a pretty difficult time, because it lasted for 10 years and years.”

Stephanie is shocked by this story and told the cameras: “When we talked online, we bonded over our bad relationships and she never, never talked about a long-term relationship where she was kept secret.

Stephanie says to Erika Owens, “I’m so shocked right now. I’m confused, because I feel like you’re withholding information. I thought we were supposed to be honest and sincere and vulnerable with each other.”

Erika Owens doesn’t understand why Stephanie’s making such a big deal out of this. “I know I just told my parents, but being kept a secret from my last girlfriend really hurt me. I was ashamed of myself because I felt like the girl I loved was ashamed of me.” 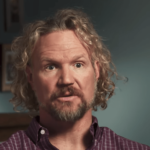