90 Day Fiancé spoiler indicates that we saw Stephanie Matto and Erika Owens fight until they managed to make their relationship work. The couple spent a lot of time together in Australia and had good times, but their differences caught up with them. The women talked a lot with the media and now Stephanie Matto has shared her feelings about Erika Owens and accused her of wanting to spin-off with Stephanie and it happened only a few weeks after their breakup.

When we saw the Tell-All episode on TLC, we saw Stephanie and Erika getting it on. The worst part was that Stephanie Matto called her a narcissist and didn’t let Erika Owens say a word about it. Between Stephanie Matto and her rude friends, Erika Owens was yelled at and felt she didn’t get a chance to say what she wanted.

Stephanie recently posted on Instagram and shared Erika’s lyrics with her followers. The lyrics talked about being intimate with each other. Stephanie told Erika Owens that she wasn’t ready to have sex, but she showed fans that Erika completely ignored these lyrics.

That’s not the only thing Stephanie wanted to share. Stephanie said that Erika wanted to get back together about three weeks after they broke up. She told fans that Erika did it so she could get a spin-off with her. But she didn’t tell the fans the details. She also pointed out that Erika didn’t delete the dating app from her phone when she asked her to.

“Erika acts like she’s so lonely, but she always had the crew (with whom she bonded) and her friends. My last night in Australia she went out dancing with a girl and the cameraman while I was alone in the hotel,” Stephanie told fans.

There are some fans who think Stephanie is right, but others think she is just trying to get everyone’s attention. Who knows the real story about this, but to date, Erika has not mentioned it. In fact, she’s probably a better person for letting it go, like she told the cameras when they shut things down. 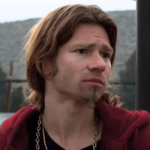