90 Day Fiancé: Tom Brooks Was Shown Speaking To Shannon on Before The 90 Days

Tom Brooks revealed his new girlfriend, Shannon, this season on 90 Day Fiance: Before the 90 Days.

Many questions were raised about this new girlfriend, including whether or not Tom Brooks and Shannon are still together.

Earlier in the season, Tom Brooks was shown calling Darcey Silva, saying he wanted to talk to her during an upcoming trip he was taking to New York. He said, “I’d like to come and spend some time with someone with whom I shared a romantic idea.”

Yes, the phrase reads as clumsy as it sounds, and it certainly created a bit of drama with the way he presented it to Darcey.

But as the film below revealed, Darcey Silva was given some pictures by Stacey, which revealed Tom Brooks with another woman. The photos were taken by Stacey’s boyfriend, who is still Tom Brooks’s friend.

90 Day Fiancé: Tom Brooks Was Shown Speaking To Shannon on Before The 90 Days

Tom said he met Shannon when he was in Milan for fashion week. This was during a time when Tom Brooks and Darcey Silva were separated, but not before the relationship was officially over.

He also said that they shared a drink and an evening together and alluded to some feelings that took place there.

When Tom met Darcey Silva in New York, he talked a little more about Shannon, saying that he felt that this was someone who could love him as if he wanted to be loved.

None of this settled well with Darcey Silva, who seemed to be open to talking about continuing a relationship, even though she was still grieving over the radio silence that Tom Brooks had given her.

After her trip to Connecticut, Tom Brooks said he was ready to move on. One scene was mocked for the next episode of 90 Day Fiance: Before the 90 Days that might reveal more about Shannon.

In that scene, while sitting in a bar, Tom Brooks can be seen making a phone call. As someone answers, he says “Hey baby”, and a woman on the other side asks “How are you?

It looks like Shannon’s about to get a scream, even through a phone call. It also seems clear that the relationship drama between Tom and Darcey Silva will continue on the show.

Below is an image that was posted on social media that apparently shows Tom and Shannon together. 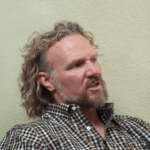