On 90 Day Fiance: The Other Way, Deavan Clegg and Jihoon Lee are back for the second season of the show. Ahead of the new episode that debuts Monday night, TLC aired a video to capture viewers on what took place during Season 1.

The video shared below is a summary of their most dramatic moments, some memorable struggles and the joy of welcoming their son into the world.

It all prepares viewers for what will happen during Season 2, with the hope that Jihoon Lee is ready to step forward and take care of his little family.

Deavan Clegg met Jihoon in a dating app and then ended up visiting her in Utah. Surprisingly, Deavan Clegg became pregnant after their first night together, but Jihoon had to go home to South Korea.

The couple continued their relationship online, which developed to the point where Deavan Clegg was ready to move with her daughter to South Korea. This meant that they would become a family with two young children and all the difficulties that would ensue.

The problem, however, is that Jihoon Lee did not give Deavan Clegg much reason to believe in him. In a clip for this season’s show, Deavan said she didn’t trust him.

Some social media users agree with her and have posted messages to Jihoon Lee saying that he needs to find a job and take care of his family. Recently, she responded to these notes, making a statement to viewers.

The next episodes of 90 Day Fiance: The Other Way will show whether Jihoon Lee has prepared enough for the return of Deavan Clegg and their two sons.

In one of the previews it was mentioned that Deavan had to pay rent to get out of the house that belonged to Jihoon’s parents. But did you prepare an apartment like you promised Deavan? 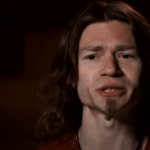