Counting On: Anna Duggar’s marriage is under constant scrutiny because of Josh’s past

The Duggars are still in TLC via Counting On, but we can’t forget that the family has gone through a serious controversy over the years. And Josh Duggar remains the most notorious of Jim Bob and Michelle’s 19 children. As early as 2015, the media revealed that Josh Duggar sexually assaulted underage girls, some of whom were his sisters. And Duggar’s oldest boy failed to recover from the setback.

Despite the news, his wife, Anna Duggar, remained with him. And she still shares very personal information through her public Instagram profile. In mid-February 2020, he even did politics with a post on Instagram with his sixth daughter, Maryella. That’s what Anna posted.

Counting On: Anna Duggar’s marriage is under constant scrutiny because of Josh’s past

Anna Duggar didn’t have the easiest marriage. Although Josh’s sexual abuse scandal has been made public to everyone, it is not his only wrongdoing. He also confessed to cheating on Anna, since he had an account with the infidelity site Ashley Madison and a pornography addiction.

Josh Duggar went to therapy and rehab to deal with the problems, and he managed to save his marriage to Anna. And the couple also made a public statement about their efforts to rebuild their relationship.

“For almost two years we have worked quietly to save our marriage, focus on our children, and rebuild our lives together as a family,” they announced on the Duggar family website in 2017. “Doing this is never easy after a breach of trust.” We have learned that a life of faith and rebuilding a life together is simply done one day at a time.

While Josh and Anna have clearly worked on their relationship, many remain skeptical. We know the Duggars don’t believe in divorce, so we’ll never know if these two are really happy together. 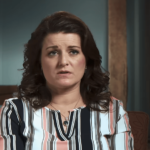