Counting On: Jessa once suggested Jana Duggar was too intelligent for some men

It seems, at least on the outside, that the Duggar family treats women differently from men when it comes to domestic roles. Michelle Duggar once said that a woman’s job was to please her husband (in addition to caring for the children), and none of the Duggar wives ever had a job after marriage.

Jana Duggar never played by these rules; she did not get married young and had no children. And some “Counting On” fans suspect other Duggar women are jealous.

Counting On: Jana is 30 and still single

In modern society, being an unmarried woman at 30 is not something to think about much; many women still have to get married at that age. But for the Duggars, it’s unusual. Most guys get married at 20, and some Duggar wives even get married as teenagers.

Jana Duggar has remained single for unknown reasons, although there have been various theories that she simply doesn’t want to get married and follow in her parents’ footsteps to have so many children. Some who follow the show have suggested that Jana’s parents don’t really want her to get married.

Counting On: Jessa once suggested Jana Duggar was too intelligent for some men

One Counting On follower recently mentioned on Reddit that Jessa once made a comment about Jana having too many skills. “[In] Season 8 Episode 2 Jessa hints that men are afraid of Jana’s string of skills and jokes that Jana Duggar will catch a man who is less intelligent than she is,” the user posted on Reddit. “I’ve never felt so sad that an adult is treated so condescendingly to be clever and smart.”

It seems Jessa was suggesting that Jana Duggar was seen as unattractive to some men based on her ability and intelligence, although it’s hard to prove that Jessa meant it. 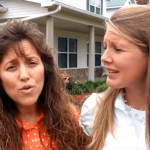