Counting On: Were Josiah And Lauren Forced İnto Marriage?

Lauren Swanson and Josiah Duggar are among Duggar’s most talked about couples. During the two years of their marriage, word has spread that the duo was forced by their parents to enter into a relationship. The filming of Counting On has led many followers of the family to believe that even though they were not forced to marry, they are still not compatible. Toxic behavior and a hint of resentment seem evident, and it seems that these feelings may have started to run rampant as Lauren Swanson walked down the aisle.

Counting On: Were Josiah And Lauren Forced İnto Marriage?

Shortly after tying the knot, rumors began to circulate that Josiah’s marriage to Lauren Swanson had been arranged by Jim Bob Duggar and Dwain Swanson, Lauren’s father. An informant who spoke to The Hollywood Gossip said that Josiah Duggar was forced to marry because Jim Bob felt too provocative. His reported disobedient actions included the existence of an unapproved Facebook page.

The source told the publication that Josiah Duggar may have consented to the marriage so as not to lose money. Josiah Duggar is entirely dependent on Jim Bob for the money and reportedly Jim Bob likes it that way. Derick Dillard, who married Jill Duggar in 2014, said Jim Bob prevented his children and his sons-in-law from finding work outside the family. He is also, apparently, the only Duggar to have a contract for the family show.

Counting On: Lauren Swanson Seemingly Resents The Fact That Josiah Duggar Didn’t Cry At Their Wedding

While Jessa Duggar insisted that Josiah and Lauren’s wedding was her absolute favorite, fans are absolutely not convinced that the wedding was a happy one. Lauren Swanson, in particular, seemed a bit annoyed by one aspect of her marriage. She seemed bothered that Josiah didn’t cry when she saw his bride for the first time. The lack of emotion bothered Lauren so much that she even felt the need to mention it in a later interview.

Lauren Swanson’s singular obsession with that moment, and Josiah’s lack of emotion, led some family critics to think that their union was doomed the moment Lauren Swanson left the aisle. Could the marriage eventually implode?

The Duggar family does not believe in divorce, but it is entirely possible that the family’s media brand is in danger. If the family’s TV show ends and their income dries up, it’s likely that some of the Duggar children could leave. Critics of the family think Josiah would be the first to do so. 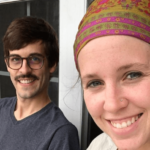