DOOL spoilers hint that when Brady Black is accused of causing the disappearance and possible murder of Philip Kiriakis (Jay Kenneth Johnson) in an upcoming episode of Days of Our Lives, he’s no longer so sure that Brady is innocent of the crime and it will break his heart!

Days of Our Lives viewers will remember that Philip surprised Brady and knocked him out with a crowbar just as he had completed a call to his son Tate Black, who Days of Our Lives viewers will remember was his son with Theresa Donovan. Philip then dragged Brady to the riverbank, near where Philip had pulled the tree away from the roots that he and Chloe had planted in anger!

Later, when he and Chloe went down to fertilize the tree together, he pretended not to know, and what’s more, he conveniently found Brady near the clock and told Chloe that Brady must have been the one who destroyed their tree!

Viewers of Days of Our Lives will remember that Chloe later found Brady unconscious, his arm bloody and a bloody knife lying nearby – the same knife Philip had been holding earlier when he dragged Brady there. It seems obvious that Philip wanted to blame Brady for his presumed death, but what happened to Philip after Chloe found Brady is a mystery!

“Days of Our Lives” viewers will see new evidence linking Brady to Philip’s disappearance – for example, blood tests come back that match Philip’s. Belle Brady , Brady’s sister, helps Shawn piece together the puzzle. New evidence is uncovered when Philip’s prosthetic leg is found in the river; this causes Philip’s family and Chloe to question Brady’s innocence and fear the worst for Philip!

Days of Our Lives viewers know that Philip and Brady’s romantic rivalry over Chloe is well documented; and while Belle comes to her brother’s defense, Chloe isn’t so sure he’s innocent! Brady is heartbroken when even Chloe suspects he may have killed his rival! 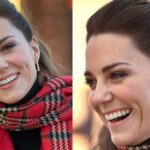