The mystery of Khloé Kardashian’s pink lamb-themed baby shower has finally been solved! After Kardashian shared the highlights of the party on her Instagram Story, fans began to wonder if she was pregnant again and the party was for her. It turned out the party wasn’t for her.

Khloé Kardashian is not immune to the constant rumors of pregnancy, but when she posted videos and photos of a pink lamb-themed baby shower, many wondered if she was pregnant again.

On July 12 she went to her Instagram Story to show pink flower arrangements and a table set with baby blocks in every place, as well as shelves of sheep-shaped sweets. Fans had many questions… but no answers.

Khloé Kardashian didn’t provide any context on who the party was for, but there were many theories – was it a party for her, a friend or a family member?

During an interview with SiriusXM Hits 1 on 16 July, Khloé Kardashian was asked what the baby sheep party was about. When asked “Is there another baby on the way”, Khloé Kardashian said, “I wish it a bit, because now she [True] is just getting big, she’s two and it’s going so fast. I know why people keep having children now, but then they all just turn into teenagers.”

She explained who the party was for: “It was actually a friend of ours, we were having a baby shower.”

Social aloofness was required, but they managed to have a nice party. “It’s such a weird moment to do that now and everyone was wearing these face shields and masks,” she explained. “We had to be six feet apart throughout the shower. There were little bubbles on the floor where you could stand. It was so strange, but still great that you can celebrate.”

Khloé Kardashian continued, “It’s just another time and I feel for the mothers who are going through that now. But those sheep were from that shower, although I loved those sheep.” 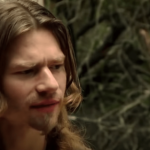