Almost a year and a half after they first broke up, it turns out that Khloé Kardashian and Tristan Thompson are trying their romance again. The couple first met in 2017 and had their daughter True in April 2018. However, just a few days before True was born, the press was inundated with video and photos of Thompson being unfaithful to Kardashian during their relationship with several women.

Still, the Keeping Up with the Kardashians star with a new baby was determined to keep her family together. Unfortunately, her world came crashing down again over Valentine’s Day weekend 2019 when the NBA star was caught kissing KarJenner’s family friend, Jordyn Woods.

Since then, the couple has been focused on their co-parenting relationship. However, amid the quarantine and reconnecting, the duo decided to give their romance another chance. But Kardashian is reportedly worried about what will happen when Thompson returns to basketball.

KUWTK: Khloé Kardashian And Tristan Are Back Together

There are rumors that Kardashian and Thompson have become romantic in recent months. After all, they spent a lot of time together in the middle of quarantine, and their rediscovered romance is even suggested in the teaser trailer for the second half of Season 18 of KUWTK.

According to People, the couple pretended to be a couple at Kardashian’s recent 36th birthday party. “[They] give their relationship another try,” stated a source. “Tristan works hard to prove himself and has been a great father to True.

However, Entertainment Tonight reports that the couple are not “officially together”, whatever that means.

Considering Thompson’s actions in the past, it seems the couple won’t be disclosing their romance any time soon. However, they do enjoy their private time together very much.

“Khloe and Tristan have isolated themselves together and have really enjoyed their time with daughter True,” said an insider Entertainment Tonight. “This time alone has really allowed them to reconnect without outside influences.”

Although there were rumors of an engagement since Kardashian was spotted with a huge ring on her finger, the couple is not engaged. “Khloe is clearly reluctant and very slow,” a source told E! News. “The time they’ve had together during quarantine has been very special and meaningful.” 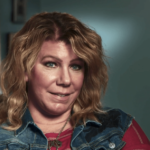