Leslie Golden Says She Did Something ‘illegal’ On Love Island USA

When Leslie Golden left Love Island USA, there was no reason for her departure. Her initial social media posts hinted that there might have been a good reason, but she said it had nothing to do with the Islanders or the drama that they blamed her and Genny Shawcross for.

It now turns out that the reason was a little more serious, but nothing to upset Leslie too much.

Leslie Golden Says She Did Something ‘illegal’ On Love Island USA

Leslie Golden’s departure left fans hunting for what happened, and she shared limited information here and there on Instagram. Eventually, however, fans broke down and she posted something big on Instagram (via E! Online).

When fans started making rumours and insinuations that Leslie Golden had done an adult film before, she finally had enough and decided to put the matter to rest before the rumours got out of hand. “It’s already starting to come out,” Leslie Golden wrote. “I would love to say it. I think it’s hilarious. I think it’s a really dumb reason. Again, very on brand for me. However, what I did was a little illegal.”

Leslie Golden then said she was surprised that CBS deleted almost everything about her, considering it was no big deal. She thought it might have been a way “not pull focus from the people who are actually in the villa.”

When Leslie Golden said it was something that had already come out, but had nothing to do with the rumors, she revealed what really happened in the mansion. Leslie Golden took to her Instagram Stories and posted a photo (also via E! Online) that showed what she did illegally on Love Island USA. Leslie Golden was smoking a dab pen and wrote, “Are y’all catching my draft or nah draft or nah.”

There have been rumors on social media that she was caught with a dab pen, and that one of the Islanders turned it in to CBS.

While some social media fans think it was Shannon St. Clair who ratted Leslie out, that may not be true since Leslie has had nothing but good things to say about her. 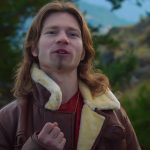 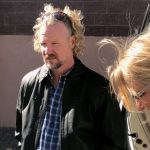