Mama June: From Not to Hot: Alana Thompson Broke Down İn Tears After She Found Out Her Family Home Was Sold

Alana Thompson broke into tears after she found out that her mother June Shannon was selling their Georgia house for quick cash while facing legal problems.

The troubled 40-year-old reality TV star reportedly got only a fraction of the value of the house after putting it on the market in August 2019.

In tonight’s episode of Mama June: Family Crisis, Alana Thompson’s sister and guardian, 20-year-old Lauryn Shannon, expressed her shock to June’s sister Jo. “It leaves me speechless to know that Mama no longer has the house. This was Alana’s dream.

“Even though we live in a crazy, made-up world where Mama got clean and kicked Geno out, Alana Thompson still can’t go home with Mama because there is no home anymore.

“I know this is affecting her. I don’t want to talk to her about mama’s house situation because she loved that house. “She’ll take it harder,” Lauryn Shannon said in frustration.

Mama June: From Not to Hot: Alana Thompson’s Older Sister Lauryn Shannon Broke The Upsetting News To Her

Later that day, at Jo Shannon’s house, the group was forced to give the news to the 14-year-old girl after she said she “can’t wait” to move into her house. “I tried to find the right time to tell you, Mom sold her house and everything in it,” Lauryn told her sister.

Alana Thompson was upset to learn that the house she had planned to live in was no longer hers. “This is stupid, why did she do this? When I grew up, she told me that was gonna be my house!

“What about my things I left there? Can we never go home again? “We had so many good memories in that house and she’s gonna sell it like it’s nothing? How can she do this to our house,” shouted the teenager.

After Pumpkin revealed that they were now moving two hours away, Alana Thompson became more upset. “No one asks me what I want! I don’t want to go to a new school, I don’t want to move, I don’t want to make new friends. “You’re really ruining my life,” she screamed before she stormed out.

The next day she kept criticizing her family at the hotel where she was staying. “I don’t know how you expect me to feel. Mom just sold her house that was supposed to be mine when I was older.

I don’t have time to worry about it, because now I have to change schools.” Why would pumpkin and Josh do this to me? “They know I just made friends and now I have to make more. It sucks,” the reality star complained. 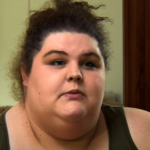