Mama June: From Not to Hot: June Shannon İs Finding Life A Beach, After Selling The Family Home

Mama June bared her beach body while jogging in her swimsuit after the arrest and the constant fights for money. Alana Thompson’s mother was spotted in a swimsuit in Jensen Beach, Florida, while continuing to train after losing pounds.

The 40-year-old reality TV star – who has already lost 300 lbs – was seen making a light jog and stretching in some yoga moves in a blue swimsuit from Dominique’s Surf Shop in Jensen Beach.

She was joined by her friend Adam Barta as she focused on losing another 45 pounds with a fitness routine after shifting her weight with a gastric band and plastic surgery.

The star of Toddlers & Tiaras didn’t seem to be burdened by her money problems or last year’s drug arrest. Mama June recently left her daughter Alana Thompson in tears for Mama June: Family Crisis after the teenager found out she sold their house in Georgia.

Good morning y’all! Let’s get out and get our exercise on! If I can run you can too! . Bathing suit by: @sunrisejb #beachlife #islandlife #florida #exercisemotivation

She reportedly obtained only a fraction of the value of the house after putting it on the market in August 2019. Alana Thompson’s sister and guardian, Lauryn “Pumpkin” Shannon, was forced to deliver the devastating news.

She said, “I tried to find the right time to tell you, mama sold her house and everything in it. Alana Thompson was upset to learn that the house she had planned to live in in the future was no longer hers.

“That’s stupid, why did she do that? When I grew up, she told me that was gonna be my house! What about my things I left there? Can we never go home again?

“We had so many good memories in that house and she’s going to sell it like it’s nothing? How can she do this to our house? 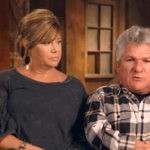