Mama June: From Not to Hot: Lauryn Shannon Takes Alana Thompson On The Run Because Mama June Owes Bad People Money, And They're İn Trouble

Mama June finally returns home this season on We TV From Not to Hot, and insists that no one knows her true story.

Family Crisis star, has made headlines lately about her arrest for drugs and money problems, but it looks like she’s ready to tell her side of the story.

Friday, the fourth season of the reality show returns after a two-week hiatus, and the promo trailer promises plenty of drama. “The world is watched as Mama June has been out of control and on the run,” says the narrator at the opening of the film.

Joanne Shannon knows June is in town to sell all her possessions, so she decides to confront her sister about the bad people she owes money to and the danger she has put Lauryn Shannon and Alana Thompson in. She goes to her sister’s house and, opening the front door, makes a “disturbing discovery” and can’t help but say, “Oh, my God, this is crazy.

Meanwhile, with June owed “shady people money,” according to the synopsis, Lauryn Shannon and her husband Josh take Alana Thompson on a little road trip because they are “forced to hide for their own safety”.

They are angry with their mom for hanging out with people like boyfriend Geno Doak, putting them in danger and forcing them to run away.

With everything that’s going on, Jennifer is pushing Mike Thompson more than ever to try to get custody of Alana, noting all that she’s going through and all the chaos that Mama June is bringing into her life. 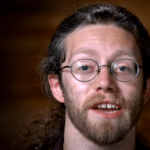