Married at First Sight: Meka Jones Admitted She Had No İdea Her Marriage To Michael Watson Would Be So Hard

When they came back to Washington, D.C., things didn’t get better between the young couple. Meka thought Michael was lying about his supposed new job as headmaster. The Married at First Sight bride even found out that he lied about being a yoga teacher after trying to take a class at the yoga studio where he supposedly taught.

In Mar. 18’s episode of Married at First Sight, “Move In Or Move On,” the show’s experts asked each of the couples to decide whether or not they wanted to reengage in their marriages. Meka opened with Dr. Viviana Coles in a counseling session about how her husband’s dishonesty affected her ability to be vulnerable to him.

Married at First Sight: Meka Jones Admitted She Had No İdea Her Marriage To Michael Watson Would Be So Hard

During the last episode, Meka Jones Lifetime told producers that her marriage was harder than she had ever expected. “I didn’t expect my marriage to be as difficult as it has been,” she admitted, “and frankly, right now I would do anything to make this marriage easier.

Prior to Recommitment Day – when Married at First Sight couples are expected to decide if they want to continue their marriage after five weeks together – Meka thought about how difficult her relationship with Michael had been so far. “I came here hoping that a divorce wouldn’t even be an option,” she confessed. “Right now I’m just trying to be hopeful.”

Meanwhile, in a counseling session with Pastor Cal Roberson, Michael reflected on his complex relationship with Meka. “She’s very analytical,” he said. “I’m more the emotional core.” He added that while he and Meka were “fire and ice”, he was hoping they could make their differences work to their advantage.

Married at First Sight: Michael Watson Accused Meka Jones Of Not Giving Him The ‘space’ To Be Honest With Her

Michael Watson admitted to Reverend Cal that he hadn’t always told Meka the truth. The education specialist claimed that his youth had made him wary of others trusting in the truth about his life, in case they condemned or hurt him.

“I wasn’t very transparent, I wasn’t very honest,” confessed the ‘Married at First Sight‘ star. “Because with my background, being adopted, it takes a while to trust people.”

Michael Watson also claimed that Meka Jones didn’t “create the space” to feel safe enough to be honest with her.

Yet Michael and Meka Jones both insisted that they were committed to their marriage. The couple said a mutual “yes” on Recommitment Day… but their reconciliation seemed short-lived, as the explosive previews for next week’s episode are the only indication. 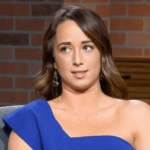