Married at First Sight: Michael Watson And Meka Jones Have Struggled With Trust İssues Throughout Their Marriage

Michael Watson and Meka Jones had an uncertain marriage start, at best, in Lifetime’s Married at First Sight Season 10.

After spending most of their honeymoon in Panama in separate hotel rooms, Michael Watson And Meka Jones tried to make amends. But they never achieved their goal, due to ongoing trust issues that made Meka Jones reluctant to believe anything Michael Watson had to say.

In the March 11 episode of Mar. 11 of Married at First Sight, “Anniversaries and Secrets,” it was clear how deep the couple’s lack of trust was. Even Michael’s thoughtful anniversary gift to Meka Jones did not bring them together, because Meka (along with many fans of “Married at First Sight“) did not fully believe her husband’s story.

Married at First Sight: Michael Watson And Meka Jones Have Struggled With Trust İssues Throughout Their Marriage

Michael Watson And Meka Jones had marital problems for the first time on their honeymoon destination. Meka Jones claimed that her husband had given her an ultimatum: if she hadn’t had sex with him during the honeymoon, he wouldn’t have been “involved in the marriage”. The alleged ultimatum shut her down, but what really bothered the star of “Married at First Sight” was Michael’s reluctance to confess what he said when the cameras were rolling.

After the couple returned to Washington, D.C., their problems of trust, honesty and secrets continued. Michael Watson initially claimed he’d recently gotten a new job as a school principal. But just before starting his new job, he claimed he had abandoned ship and chosen another job, all without telling his wife. Both Meka Jones and most Married at First Sight fans thought Michael’s story looked suspicious.

Finally, Meka disproved Michael’s claim that he was a side yoga teacher after a particularly embarrassing visit to the yoga studio where he claimed to work. Michael Watson asked his wife to accompany him to a class, saying he had already paid. When Meka Jones arrived after a long drive, she discovered that not only was Michael not teaching at the studio, but he wasn’t even paying for the lesson.

After the most recent disagreement between the Married at First Sight couple, they still agreed to continue working on their marriage. During a day cruise to celebrate their wedding month, Michael and Meka Jones had a drink and talked together about their potential future.

Meka Jones gave Michael Watson a nice shirt and tie as a month-long anniversary gift. But Michael’s gift was much kwister.

He announced that he had given them two return tickets to Ocho Rio, Jamaica. “And then we’ll do the discovery of the dolphin as an anniversary wedding present that we’ll never really enjoy,” he said, as a nod to Meka’s love of dolphins. “That’s very kind and thoughtful,” Meka Jones said to her husband, but she looked skeptical.

Meka Jones told the producers of TLC that she wasn’t sure that the trip to Jamaica would really end, given Michael’s history of dishonesty. “Michael’s birthday present to me was a great gesture,” she said, “but frankly, I hope it’s not too good to be true.” 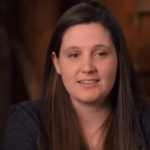 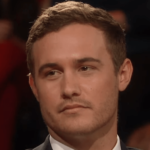