The Assanti brothers, Steven and Justin, have proven to be one of the most divisive participants TLC’s My 600-lb Life has ever seen, from betraying Dr. Now’s diet to throwing tantrums. To be honest, most of the really bad behavior was courtesy of Steven, but poor Justin found himself dealing with his brother most of the time.

Strangely enough, it’s Steven, one of the most controversial stars on My 600-lb Life, who came out of their shared experience a little better, but the fans’ hearts will always be with the besieged Justin regardless. Yet, if anything, the Assanti brothers seem to be living a much healthier life these days, which will surely make Dr. Now proud.

According to a Facebook post on May 2018, Steven Assanti is married to a woman named Stephanie. He keeps things private enough, but his page is full of ecstatic declarations of love. She also told Starcasm that her husband “has nothing to do with the way he was perceived on the TV show… He is a gentleman and a fantastic lover and lover of life in general”. It was an overwhelming love story for the two, and the reality TV star and Iowa masseuse even got a tattoo to declare their love to the world.

As for Justin Assanti, he returned to Rhode Island and posted occasional updates on his Facebook page and a Reddit account he uses to answer questions from fans. According to Distractify, during an AMA session that has since been cancelled, Justin revealed that he and Steven no longer speak to each other, sharing: “He hasn’t bothered us since he got married. Justin also confirmed that My 600-lb Life is heavily produced. However, he lost over 200 pounds over the next few years.

Starcasm also reported that Justin confirmed that the only real thing about the show was Steven’s horrible behavior. “Steven on the show is Steven in real life. He’s one of the few things unwritten,” he revealed. However, both Assanti brothers seem to be doing fine in their own way, and if living separate lives is what’s best for them, then so be it. 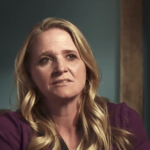