NCIS: How Will Jacqueline Sloane Be Written Out Of ‘NCIS’?

Some NCIS fans were surprised to learn that Maria Bello, who plays Jacqueline Sloane on the series, has decided to leave the series. Many viewers will miss the interaction between Jack and Gibbs each week. Why is Maria Bello leaving NCIS? Here’s what Showbiz Cheat Sheet knows.

One of Maria Bello’s first acting roles was in the 1992 film Maintenance, in which she played the character Eddie. She then played a former film student in a 1995 episode of the television series Misery Loves Company, titled “That Book by Nabokov.”

Maria Bello starred in her first television series as a cast regular when she competed in the show Mr. and Mrs. Smith. She played the role of Mrs. Smith from 1996 to 1997. The following year, she joined the cast of ER as Dr. Anna Del Amico from 1997 to 1998. Bello’s other acting roles include appearances in Coyote Ugly, Thank You for Smoking, and Grownups 2. In 2017, she joined NCIS as Jacqueline Sloane.

Stop by if you need to talk. #NCIS pic.twitter.com/YDuPNAKluX

According to Deadline, when Maria Bello joined the NCIS cast during season 15, she signed a three-year contract. Bello is likely leaving due to a desire to work on other projects. The publication says Bello is producing The Woman King along with Cathy Schulman, Viola Davis and Julius Tennon. Davis will star in the film.

“I’ve had this commitment for years to do a movie, The Woman King, with Viola Davis,” Maria Bello tells TV Insider. “It’s a female Braveheart based on 5,000 female warriors in the [18th- and 19th-century African kingdom of] Dahomey, modern-day Benin. The French said they were the biggest badasses they had ever fought.” Bello also says she is preparing to work on a show set in Haiti that is a combination of “adventure travel and women’s history.”

NCIS: How Will Jacqueline Sloane Be Written Out Of ‘NCIS’?

There has been a buildup towards Jacqueline Sloane’s exit. He first gave a hint that he would be leaving the team during NCIS Season 18, Episode 7 (titled “The First Day”). Gibbs walks into her office and notices some travel brochures on her desk. He asks if she is planning a trip and she says yes. Jacqueline Sloane tells Gibbs that she is “weighing some things,” such as the possibility of leaving NCIS. “The last 10 months have really made me rethink what’s important,” Sloane says. Gibbs asks her what’s important, and she says she thinks it’s time to slow down her life.

However, it doesn’t look like Jacqueline Sloane’s life will slow down that much (at least for now). During NCIS Season 18, Episode 8 (titled “True Believer”), she will pack her bags and go on a mission to Afghanistan with Gibbs.

Jacqueline Sloane decides to make the trip after receiving a note from someone she approached when she was being held captive. When TV Insider asks if Gibbs and Sloane will finally have a love connection, Bello says, “It’s safe to say it will be a continuation of the great love they have for each other.” 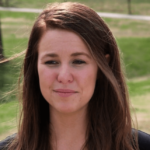 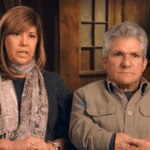