Sister Wives: Christine Brown Was Adamantly Opposed To The İdea Of Living İn One Home

This season, Kody Brown has unveiled his dream of building a big house in Flagstaff with four sections, one for each of his wives. He hoped to reunite the Brown family in their land, the Coyote Pass.

Janelle Brown, Kody’s second wife, was fully supportive of the idea, hoping for a return to the “family culture” and “community” atmosphere they shared. Meri and Robyn were undecided. Meanwhile, Christine Brown was firmly against the idea and refused to give up her privacy again.

Christine explained that at the Brown family home in Utah, she had often felt suffocated in her marriage. The star Sister Wives said she was afraid to be affectionate with Kody Brown in case another wife surprised her.

When the Browns moved into a dead end with four separate houses in Las Vegas, Kody’s third wife said she finally felt “responsible for her own domain. With more independence and privacy, she felt she could be a better mother and companion.

In the end, Kody’s wives rejected his idea of sharing a home. Kody Brown admitted that he resented Christine Brown for not being more “open-minded” about the possibility and only thinking about how things had gone in the past.

Many Sister Wives fans were shocked that Kody spilled the beans about which sister wife was opposed to sharing the house. Many thought she had crossed a line and should keep it to herself, especially when it came to another wife’s children.

“Kody Brown just threw Christine under a bus,” a Twitter user exclaimed during the episode. “No, Breanna, we can’t move into one house, because Christine Brown ruined everything!

Another viewer agreed, writing: “Kody threw Christine under the bus, saying that she didn’t want the only house!

Another one wrote incredulously: “Why is Kody Brown telling these guys that Christine is the one who didn’t want the big house?

Some Sister Wives fans thought Kody’s move was a deliberate attempt to shame Christine or “divide and conquer”.

“Kody Brown telling the kids who’s to blame for destroying their dreams of a home (Christine) is what a patriarchal leader does to cause mistrust and silence among his wives,” one fan said. “I’m waiting for the wives’ revolution.” This season is showing their true colors”. 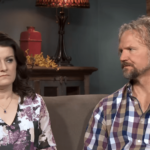 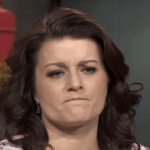