Sister Wives star Meri Brown is renting the perfect house to escape her marital problems with her husband Kody Brown, as the house has a barbecue area and four beautiful acres of land.

The four-bedroom, four-bath house is valued at $1,004, 019. The house is located on four “beautiful” acres of land and is surrounded by a “peaceful natural forest environment,” according to the real estate listing.

It is the perfect home to entertain your large family, as the house boasts an outdoor kitchenette. The kitchen is equipped with stainless steel appliances and what looks like granite worktops.

There is a naturalistic theme throughout the house, as the large windows in the family room offer a view of the quiet forest.

The step and fireplace area has stone walls to complete the atmosphere of nature. Meri Brown often takes pictures on her balcony, which overlooks her tree property. The house is full of significant family heirlooms.

Meri Brown has plates and figurines hand painted by her daughter Mariah, her mother and grandmother. Some of the furniture also belonged to her beloved grandmother, Lizzie.

Meri owns a Lizzie’s Heritage Inn bed and breakfast in Utah, which is the home where her grandmother Lizzie grew up.

Her mother helps run the bed and breakfast, as Meri Brown lives in Arizona with her husband, Kody Brown , and sister wives, Janelle Brown, Christine Brown, and Robyn Brown

On Sister Wives, Meri Brown was forced to move into her current Arizona home after her previous landlord kicked her out because her neighbors complained about her polygamous lifestyle. Meri still hadn’t unpacked all her stuff when a fire threatened her home.

During the show, she moved her important things out of the house because she was in a pre-evacuation notice. Fortunately for Meri, the fire was contained before she was ordered to evacuate.

Things we learn from a dog…. Have a happy attitude. Greet everyone with enthusiasm. Delight in the simple. Don't hold grudges. Explore everything. Be supportive. Take plenty of rests. Loyalty is a virtue. Play is good. Protect those you love. Show passion with gusto. Be yourself. Love unconditionally. 💙💙💙 #LivingMyWhy #BecauseICan #LoveWhatIDo #LoveWhoIAm #LuLaRoeRetailer #LuLaRoeForLife #LuLaRoeMoreThanJustLeggings #ThanksItsLuLaRoe #FlagstaffFashion #LuLaRoeMelissa #LLRDenim #LuLaRoeDenim #DogGrandma #DogsOfInstagram

Meri Brown lives in the house until the family builds on land purchased in June 2018 called Coyote Pass. The house is the perfect escape from her marital problems with her husband Kody Brown.

Kody divorced Meri Brown, his only legal wife at the time, in 2014 to adopt the children of his fourth wife Robyn, children from a previous marriage.

Later, Meri was involved in a catfish scandal in which she fell in love with another man on the Internet who ended up becoming a woman. In the most recent season, the two went to couples therapy.

Meri admitted that their marriage was “quite difficult”, while Kody Brown added that “they don’t act married”. Then he said shockingly, “Meri mourns the loss of what we had… I’m sorry for what we had.”

Meri added, “The relationship that he and I had, it’s dead, it’s gone, it’s over. I want a relationship with him.”

Kody Brown then banged Meri Brown, who he married in 1990, to “go into victim mode” when he tried to have honest conversations. He kept shooting, “I feel like I’ve been fooled by a very different relationship than I expected.

Meri Brown and I had a quick courtship, with many expectations and much lack of communication. I didn’t know who I was marrying”. As things evolved, I started to be upset and bitter about the situation I was in.

Despite the problems, Kody Brown admitted that he and Meri “are not interested in a breakup” because “why break something if it is solvable”. But it doesn’t seem that their marriage has improved, since Meri hasn’t posted with Kody on social media since January 2019. 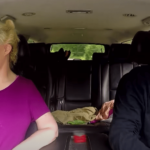 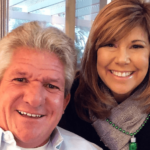