Kody Brown and his fourth wife, Robyn Brown, have debated their housing situation throughout season 14 of TLC’s Sister Wives. In a few months, the tension between them escalated so much that it began to affect the entire family.

Robyn Brown hoped to move her five children to the Coyote Pass, the Browns’ common property in Flagstaff, shortly after the polygamist family moved to Arizona from Las Vegas. But Kody Brown had other plans.

After Robyn Brown’s lease was sold by the homeowner, Kody Brown insisted they make an offer for a house. But his youngest wife was afraid that the hefty sum of a down payment would delay the family’s move to Coyote Pass.

In the episode of Mar. 22 of Sister Wives, “Robyn Brown vs. Kody Brown”, the battle of the polygamist couple became even fiercer, because they only had a few days to make an offer for a house. The fundamentalist Mormon family faith, which includes a belief in the possibility of “personal revelation” from God to faithful people, came into play as they argued.

In the last episode, Kody Brown admitted that he and Robyn Brown were in an “angry place with each other.” Robyn Brown felt that Kody Brown abandoned her after moving from Las Vegas, while Kody Brown was frustrated by Robyn’s refusal to commit to this crucial decision. “We’ve been looking for a house to rent for months without success,” Kody Brown regretted. He warned Robyn Brown that the situation could get serious if they didn’t act quickly: “If we don’t make an offer soon, we’ll have to leave town…. We risk running out of room to move if we eventually move.”

Meanwhile, Robyn Brown was frustrated with Kody’s demands. “I’m trying to avoid fighting him,” said the Sister Wives star, “but he’s not making it easy. He’s getting very pushy.”

Kody Brown’s fourth wife said she and her children felt “insecure” and “unsafe” in Flagstaff because of their precarious housing situation. “This is so not part of our plan,” she exclaimed to Kody Brown. “Our plan was to rent and then build on our property.”

In addition, Robyn Brown was worried that the culture of the multiple family – which included all 18 children raised by the same group of parents – would crumble under the weight of their scattered housing situation. Robyn Brown did not even seem to have confidence in her husband’s leadership qualities.

“I don’t want to offend him, but I don’t know how to understand his thought process,” she said of her husband. “Our family culture is just crumbling… and I feel like I’m contributing to that by buying the idea of a house.”

Sister Wives: Robyn Brown İnsisted They Needed A ‘miracle’ İn The Form Of A Rental

Kody Brown, Robyn Brown and the other brown adults believe in divine revelation because of their faith. Within the Apostolic United Brothers (their sect of fundamentalist Mormonism), the role of revelation or divine inspiration is particularly important.

The problem? Both Kody and Robyn believed that they received very different messages from God about renting or buying.

Robyn Brown insisted that God wanted them to rent. “I have five days for my miracle,” the sister wives were worried. “I pray like crazy, for it must come.”

Janelle Brown, Kody’s second wife, worked out the Brown family’s beliefs. During a visit to her daughter, Maddie Brown Brush (who now lives in North Carolina with her husband, Caleb Brush, and their two children), Janelle said that Kody had his own idea of what God was saying. “Your father says I should just trust in God,” said Janelle to Maddie.

“We’re religious people, so we feel that since it’s the only option presented to us, I think we’re going here,” Janelle Brown explained to Sister Wives producers. 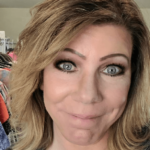