The View: How did the feud start?

Meghan McCain is stirring the drama on The View once again. The “Hot Topics” table has been quiet for a few weeks since Abby Huntsman’s departure. After days of rumors around the co-hosts, there seemed to be peace on the show until this week. After a serious debate about the impeachment process in the Senate, things were heated between McCain and Whoopi Goldberg. The former called the latter “dismissive” and the fans didn’t have it.

The View: How did the feud start?

The ladies of The View gave Mitt Romney props to go against his Republican party. He cast the only GOP vote to condemn and remove Donald Trump from office. Meghan McCain did not fully trust Utah’s senator and warned Whoopi Goldberg about putting “all her bets” on him.

“Listen, I’m 63 years old.” Whoopi Goldberg reminded McCain. “I’ve been going through this with these people for years.”

“Yeah, and you’re half my age,” Goldberg added.

“That’s very dismissive,” Meghan McCain continued. “I don’t understand what my age has to do with my political perspective right now.”

Before that, Goldberg had appealed to John McCain, who said she believed in him as she did with Romney. That didn’t sit well with Meghan McCain, who shot back.

“With all due respect to Mitt Romney is nothing like my father,” McCain fired back when she drank her drink.

“Whoopi Goldberg actually remained rather calm despite how annoying Meghan became. Honestly, they all look tired of her and about it,” a fan commented.

“This is the problem with Meghan McCain, she doesn’t let Whoopi end and then tries to be the victim. This is all calculating,” replied one viewer.

“I don’t know why it was so hard for Meghan to understand Whoopi’s point, it was actually very simple. Meghan has some serious problems,” another viewer said.

“Whoopi tried to say something that probably made a lot of sense, but we’ll never know because Meghan is rude and disrespectful,” wrote a YouTube user.

“She went from aggressor to victim, to aggressor in less than 3 minutes,” another YouTube user added. 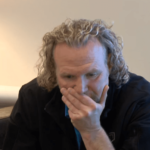 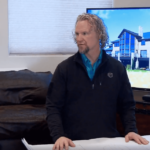