The View: McCain loves Whoopi Goldberg and remains on ‘The View’ because of her

The View has been on air for over two decades and has seen its fair share of feuds and tension on air. But the current hosts – Whoopi Goldberg, Joy Behar, Sunny Hostin and Meghan McCain – seemed to have found a groove that works. Although they often disagree politically, hosts always come back to show their love for each other. None of them are their best friends, but here are the members of The View who are the closest.

The View: McCain loves Whoopi Goldberg and remains on ‘The View’ because of her

Meghan McCain and Whoopi Goldberg had their share of controversy on The View table. They disagree on many issues, but most of their tension is due to Meghan McCain’s interruptions.

However, after a heated discussion last December, the two returned to the set and clarified the situation. Meghan McCain talked about how much he loved Whoopi Goldberg, and how she is like family. “I love you very much,” she told Whoopi Goldberg on the show. You were good friends with my father.” We fight like we were family.”

Speaking with Andy Cohen about the incident on Watch What Happens Live, Meghan McCain reiterated his admiration for Whoopi Goldberg. “I couldn’t do the show without her,” he said. “Whoopi is the host of the show and my life there, and she always picks us up when we’re down.” 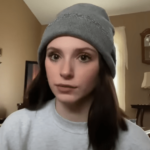