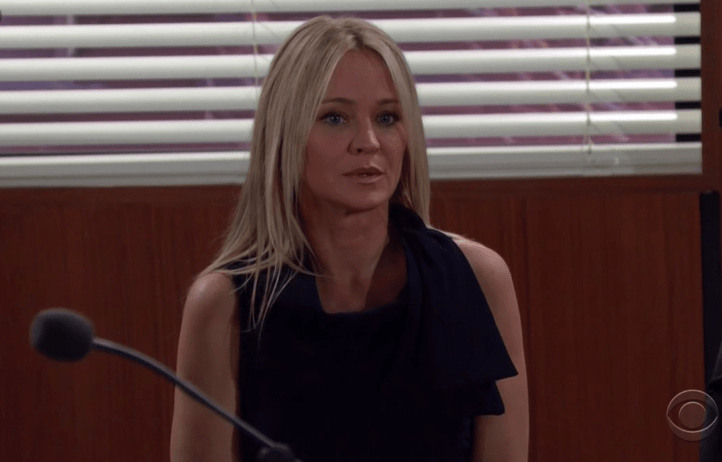 The Young and the Restless recap for 6-10 January 2020 includes Adam courting the girl, Mariah offering Tessa adieu, Sharon struggling with a diagnosis, and much more.

To quote Phyllis (Michelle Stafford), “Adam wins again.” And boy howdy he wins. Not only does Chelsea (Melisa Claire Egan) live full-time in the apartment, but she’s back in his bed now. Turns out perseverance (mixed with psychopathy) really is the key to achieving your goals.

The Young and the Restless: A Cup of Honesty and A Farewell

“Loyalty special: $25 plus license. I mean, you know, who could turn down a deal like that?” That’s how Tessa’s gonna explain her marriage to eventual rock star Tanner Watts.

And even though Mariah (Camryn Grimes) still held a grudge over the fact that her friend wasn’t honest from the start, she forgave her. And she even encouraged her to accept Tanner’s offer to go on tour. What Tessa’s doing…bye girl!

The Young and the Restless – Sharon: Medical Crisis

Sharon’s (Sharon Case) mammography and ultrasound showed a lump that the doctor diagnosed as a tumor. In response, she called and planned a Core Needle Biopsy in the hope that it could determine whether the mass was benign or malignant. Despite her obvious fear, Sharon still refused to welcome Rey (Jordi Vilasuso) in her confidence.

The Young and the Restless Musings

“I remember one of her former husbands died… and Chelsea moseyed through to Nicholas’ house and moved in. And now, she’s ended things with Nicholas and moved into your penthouse. “Do you think she doesn’t like paying the rent?” Damn, Victor (Eric Braden) can be cruel. And he can also have a point.

Speaking of fair points, Adam had one too. “Nikki’s past is far more outrageous than Chelsea’s.” But, that’s only scandalous if you consider killing three people, marrying more men than Elizabeth Taylor, and working as an exotic dancer.

Did Nicholas (Joshua Morrow), with all the memories he had of Cassie, even think about wishing Mariah – you know, Cassie’s twins – a happy birthday?

Speaking of birthdays, you can sign Theo’s (Tyler Johnson) in your year planner now that we know it’s April 20th. Wonder how big and wild the party-hearty playboy will be?

Boy Tessa would really need to get some royal money if Tanner would really use her and their relationship as a base for two of his hit singles. And what great titles they have – Fess Up and Girl in Absentia.

Speaking of Genoa City players inspiring musical melodies, can you buy Phyllis’ semi-serious claim that her and Nick’s relationship was the basis for Katy Perry’s “Fireworks”? Does anyone remember that the superstar played a cover girl for a song by Restless Style? Actually, while we’re at it, who remembers Restless Style?

How can society ever make a profit, given the tendency of Abby (Melissa Ordway) to close her doors and hold private parties at the drop of a hat? Heck, she even gave Kyle (Michael Mealor) and Lola (Sasha Calle) the run of the entire restaurant for a simple birthday celebration.

Another week went by and we know a bit more about Amanda (Mishael Morgan) than in the previous one. It was seeing her friend’s mugger who let her go unpunished, making her a lawyer, and the man she has a restraining order against is an ex-fiancé.