Meka Jones and Michael Watson have had some of the strangest difficulties and communication problems we have ever seen in Lifetime’s Married at First Sight. The Season 10 couple struggled with Michael’s dishonesty and communication problems since their honeymoon in Panama, when they spent most of their time in separate hotel rooms instead of getting to know each other.

In an exclusive preview of the upcoming April 15 episode of TV Insider’s Married at First Sight, Michael holds himself responsible for his mistakes in his marriage to Meka. The couple sits down with the three Married at First Sight experts on Decision Day – when they must decide to divorce or stay married after two months of marriage – to discuss their communication issues.

Michael and Meka’s marriage was difficult from the beginning. Meka Jones accused Michael Watson of giving her an ultimatum shortly before their honeymoon, in which he insisted that they would have sex on their first trip together or that he would never be “involved in the marriage”. In front of the cameras, Michael Watson denied Meka’s claims, which led her to distrust him and immediately doubt his intentions.

The Married at first sight couple tried several times to patch things up, but continued to have similar problems. Michael Watson lied about certain aspects of his life, including being a yoga teacher and even (according to Meka) the mileage of his car. During their brief eight weeks of marriage, Michael changed jobs at least twice, leading Meka Jones to suspect that he was not telling her the whole truth about his career or salary.

Michael Watson, for his part, claimed to have “closed” around Meka Jones because he felt attacked. He also claimed that the trauma of adoption and abandonment of his childhood led him sometimes to lie or distort the truth.

Married at First Sight: One Sneak Peek İndicates That Michael Watson Knows He Did Meka Jones Wrong İn Their Marriage

In a preview of Decision Day, Meka Jones and Michael sit down with Pastor Calvin “Cal” Roberson, Dr. Viviana Coles and Dr. Pepper Schwartz for a frank discussion about their tumultuous relationship.

Michael seems to take responsibility for how he contributed to the various problems of his marriage to Meka Jones. “I think for me, what I understand – she as an individual person has habits that are not necessarily things you can carry on in a marriage,” he tells the matchmakers.

The star of Married at First Sight goes on to explain that whenever he felt scared or vulnerable with Meka Jones, he returned to his negative habits and his toxic “comfort zone” of dishonesty and abstinence. 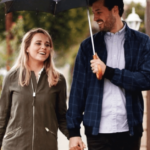 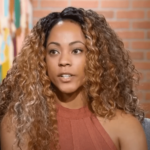