Married at First Sight cast member Meka Jones seems to have cold feet on the Lifetime show about her marriage go Michael Watson. Meka Jones panicked over her wedding dress that didn’t fit. But will a wardrobe malfunction ruin her big day?

Meka Jones is a very independent woman from Baltimore. Her Married at First Sight bio says that sometimes she doesn’t know her self-esteem and that she has trouble finding healthy relationships. And her fears are in full swing as she prepares to walk down the aisle.

Meka Jones Wedding Is Coming Up – She Doesn’t Feel Confident

Not every couple felt the awkwardness together. Katie Conrad and Derek Sherman had more than fireworks on their wedding night. In a Married at First Sight promo, Derek confirmed that he and Katie were sleeping together. Will it be the same for Meka Jones?

Many fans thought Katie was being deceitful toward Derek for still having feelings for her ex. Now it looks like Katie’s changed her mind about her ex-boyfriend. But will more drama make it happen? Also, MAFS pair Jessica Studer and Austin Hurd shared many kisses despite Jessica wanting a man with dark hair full of beard. But, Meka Jones has no faith in her new wedding dress.

Following the final moments of another successful Married at First Sight ceremony, Meka Jones is shown worried about her dress. She starts crying to her friends and family. Meka tells her bridesmaids that the dress is “too big”. Meka is also worried that her new husband will get a “peep show”.

Jones panics while pulling her dress back up as it almost slips down several times. Many viewers wondered why Jones’ dress wasn’t adjusted for her. But her family told her she looked good. Later we see Meka Jones about to meet her groom. Then Jones says under her breath “I can’t”. 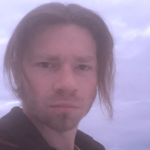