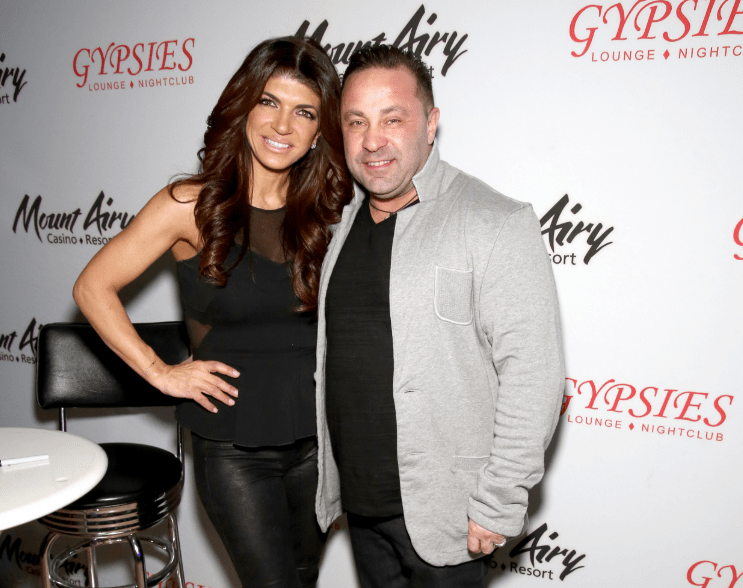 'RHONJ': Teresa Giudice Reveals She Signed a Prenup Before Marrying Joe- with a No Cheat Clause

Teresa and Joe Giudice of RHONJ are separating. They’ve had some heated arguments while filming the latest season that involved looking back on their marriage.

Teresa revealed there is a clause to the prenup they signed. Find out what it is and how it might affect things if the divorced couple decides to divorce.

Many fans wondered if the married couple planned to stay together if Joe Giudice got deported.They’re reportedly divorced now that he’s been sent back to Italy.

The husband has reportedly already started moving on in Italy. The source continued, “Neither of them wanted to be in a long-distance relationship. Joe’s dating in Italy, Teresa’s taking care of their girls right now. They have no ill will towards each other and will continue to take care of their children. The girls will go to Italy in December, Teresa will stay home.”

“Whether you think you can or think you can’t, you’re right.” Failure is simply the opportunity to begin again, this time more intelligently.” – Quote by Henry Ford In 2020, I may have to learn to be self-restraint with bowl usage, hot water heating, or lack of American amenities but I can get accustom to that cause I get to see these faces again!! Till next time!! ❤️❤️❤️❤️

She revealed there is a ‘no cheating’ clause in their prenup

The mother opened up about what their relationship was like before their wedding day.It almost didn’t happen because they disagreed on one thing.

“A week before we were getting married, Joe Giudice asked me to sign a prenup and I just felt when you love someone, you don’t do that,” she said on the show. “I didn’t want to go through with it, but because I’m Italian, I have old school parents, and it’s embarrassing to call off a wedding.”

The reality star eventually did sign it but she added something first. “I didn’t even read it. I just said, “I want you to put one thing in it. If you ever cheat, the marriage contract expires,” she said.

Her husband also had something to say about their wedding and prenup. “You know what? You want me to say it now? Alright, you and this stupid prenuptial agreement you keep bringing up? “I didn’t want to get married, okay?” he said to her.

The former couple has accused each other of cheating

Teresa and Joe Giudice were interviewed by Andy Cohen about their relationship. They accused each other of not being faithful during the interview. “Do I feel he was faithful? No. You’ve been photographed with women, too,” Teresa said. The woman is said to have dated Blake Schreck when he was in ICE detention.

Joe Giudice referred to this and asked, “That’s why it made it okay for you?” Cohen asked him if he was faithful when she was in prison. “Actually, I was, yeah.”

The former couple reportedly don’t have plans to divorce for now. If they do this, it may affect whether the marriage contract is used if they can prove that there was infidelity.