Married at First Sight pair Brandon Reid and Taylor Dunklin made it official on the most recent episode of the Lifetime show. Marriage hopefuls put their futures completely in the hands of the experts. Sometimes they beat it out of the park with their matches. And, other times, they fall flat. Taylor was looking for some specific things in a man. Did the experts let her down?

First impressions are a big deal on Married at First Sight. Especially when the new spouses get to know each other for the first time. It’s natural to be nervous and a bit jittery on your wedding day. Especially if you’re going to marry a stranger and there are cameras everywhere. Brandon Reid really struggled with the nerves at Married at First Sight and made countless references to “panic attacks” and “vomiting”.

This seemed to rub Taylor Dunklin the wrong way initially. Brandon Reid used a lot of humor to break the ice and get comfortable. But, a lot of those attempts seemed to fall flat with Taylor Dunklin. She called Brandon “awkward” and seemed to be delayed at first. Immediate sparks can be big when it comes to shaping attraction and a successful marriage. And, that seemed to fall short for these two.

The Married at First Sight duo seemed out of their comfort zone when they had to take wedding pictures. And, even pastor Calvin Roberson told Married at First Sight cameras that the twosome seem awkward together. Taylor Dunklin turned down Brandon Reid when he got a kiss. So, that could be a red flag for these two. Whether or not something grows between them, it’ll be worth a look to find out. But, at least early on, it doesn’t seem to be going smoothly.

Do They Warm Up to Each Other on Married at First Sight?

Kissing is an intimate act. So, it’s understandable that Married at First Sight wife Taylor Dunklin wasn’t comfortable smooching a complete stranger. But, that wasn’t limited to just kissing. Holding hands for photos also proved to be difficult. Taylor shook her husband’s hand instead of holding him first. And, obviously, they have to break down a few barriers as their marriage progresses.

Taylor Dunklin said once she gets to know Brandon Reid, she will feel more comfortable locking lips. But, she said she is “out of her element”. Whether or not they warm up to each other as the weeks progress, it will be worth tuning in to see. Sometimes, when things start to go wrong, they can go further downhill. So, whether or not these two things turn around remains to be seen. Teasers for the next episode show the couple sharing a bed. So, that could be a good sign. 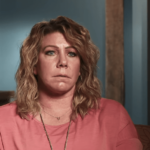