About a month ago, Gwendlyn Brown admitted that she didn’t care for Robyn Brown. She admitted that she doesn’t really have any relationship with Robyn or Mer. She also spilled the beans in a big way, revealing that Robyn is even less friendly and less attractive in person than on camera. Now, as Gwendlyn watches the 17th season episodes of “Sister Wives” for the first time and records her reactions to them, she is reminded how much she doesn’t care for Robyn Brown.

Yesterday, Gwendlyn Brown uploaded her first video to her YouTube channel. The video was 20 minutes long. She put together how she watches and reacts to different parts of episode 2 of season 17. Of course, she decided to cut some things out because she didn’t want to upload a YouTube video that would be an hour long.

As well as reacting to the episode, Gwendlyn also answers some questions sent to her by fans. One fan asked her if her feelings towards her father Kody or Robyn Brown have changed since watching the 17th season episodes of Sister Wives. Although she admitted she wasn’t sure if her answer was fair or valid, she did her best to answer the question.

This response did not come as a complete shock, as fans were already aware that Gwendlyn did not care for Robyn Brown. Fans were happy, however, that Gwendlyn felt comfortable and safe enough to share how she felt as she watched what her father was about to say on television.

For the most part, fans agreed that it was quite clear that Christine Brown’s daughter was talking to them. Fans appreciated that she was not afraid to speak her mind, but still tried to do so in a way that respected the thoughts and feelings of others. 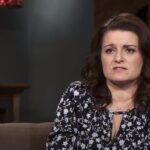 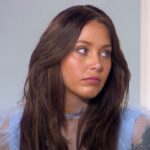