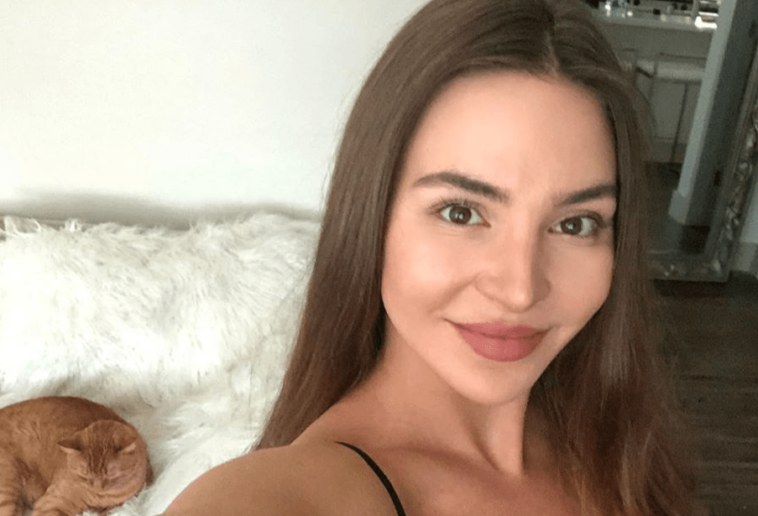 '90 Day Fiance': Anfisa Nava said her beloved grandma watches each one of her YouTube videos

Anfisa Nava of TLC’s 90 Day Fiancé has had a few turbulent years.

First, the Russian Indian moved to the U.S. to marry Jorge Nava, only to find out that his family didn’t approve of her.

Once they were married, it only got worse. Anfisa Nova realized that Jorge had lied, not only about his finances, but also about his criminal history. In fact, the 90-day Fiancé couple even struggled to find a home because of Jorge’s charges for a crime.

Now Jorge has been behind bars for two and a half years on charges related to a marijuana company. Meanwhile, Anfisa has remained alone in the United States, where she went to college and took steps to start a fitness company.

In a recent YouTube video, the 90-day Fiancé star shared tips for her fitness-minded social media supporters. She also revealed that she is still close to her favorite person at home in Russia, who had some quirky advice for her on building her YouTube channel.

Anfisa recently shared a fitness question and answer video with her fans. The newly certified personal trainer has spent the past two years building muscle, sharing nutrition and training tips and even taking part in bikini bodybuilding competitions. The 90-day Fiancé star has built her own following, independent of the show, as an influential and budding fitness expert.

Anfisa was open on 90 Day Fiancé about how much she missed her grandmother, who still lives in Russia and was like a mother to her. In her latest video, Jorge’s wife (or ex-wife, as Anfisa has not yet opened up about their relationship) said that her grandmother views all her social media like a hawk.

Anfisa even shared with her grandmother that she should keep her cute cat, Monkey, in the background of all her videos.

“My grandmother watched my YouTube videos. She told me last week that videos with Monkey in them get more views than other videos,” Anfisa said. “And I was watching my videos, and I thought hmm… that’s actually true! So let’s test the theory. Monkey’s here. He’ll probably be here the entire length of the video, so let’s see if my grandmother’s right.”

The ‘90 Day Fiancé’ star opened up about her bodybuilding competitions, fitness motivation, and more

In addition to her adorable anecdote about her grandmother, Anfisa offered some tips for followers who want to build their own muscles, lose fat or even participate in bodybuilding competitions.

On a diet, Anfisa admitted that she makes room for a few snacks. “The best diet for me is flexible diets,” she explained. “So I don’t restrict macronutrients, any kind of food. I can eat anything… Don’t get me wrong, I try to stick to whole foods and nutrients. But sometimes when I want something, like ice cream or a snack, I can still make it fit into my macronutrients without feeling guilty about it.”

The 90 day Fiancé star also answered fan questions about sticking to diets and staying motivated, saying: “If you start a diet or if you start a new habit, you’re gonna fail. You’re going to relapse. That’s normal. I’m not trying to discourage you, but when that happens, the most important thing is to get yourself back on track.

Anfisa even shared a few tips on how to trim your waist. “Your waist size is pretty much genetic, so unfortunately you can’t change it much,” she explained. “But the good news is that by working on your upper body and lower body, and increasing them, you can make your waist look smaller.

Anfisa also revealed that she will be competing for a national bodybuilding title in 2020. She will also soon be releasing a booty-building workout plan for her subscribers.

Anfisa Nova was once seen as the “villain” of 90 Day Fiancé. Many fans considered her greedy or materialistic and wondered what her true intentions were to come to the US.

But since Jorge’s history and lies came to light, many fans began to see Anfisa’s perspective more clearly. Since Jorge was incarcerated, the personal trainer has also shown an intense work ethic that has earned her the admiration of many new followers.

“Anfisa you’re unbelievable,” gushed a fan. “The time you spend on your fans is remarkable.”

Another one agreed, adding, “I love that Anfisa is REAL!! You can see she’s not committing any false acts… sober, dear.”