America’s Got Talent: Simon Broke His Back Riding An Electric Bicycle

America’s Got Talent judge, Simon Cowell, underwent surgery after breaking his back during an electric bike test. The accident occurred on the afternoon of August 8, in the backyard of his home in Malibu, California.

America’s Got Talent: Simon Broke His Back Riding An Electric Bicycle

According to The Guardian, Simon Cowell – who was supposed to return to America’s Got Talent this week – was taken to the hospital for surgery to repair a broken back after a fall while testing a new electric bike.

“He’s doing fine,” a rep for Simon Cowell told The Hollywood Reporter. “He’s under observation and in the best possible hands.”

Simon Cowell was spotted on other bike rides with a partner, Lauren Silverman. The judge of American Idol and X-Factor has adopted a healthier lifestyle in recent months, including regular exercise. The extent of Cowell’s injuries is unclear at this time.

Hello everyone. I wanted to share something exciting my son Eric and I have been working on. I would like to introduce to you #WISHFITS. To begin with, we have announced a seven book deal with @hachettekids today. WISHFIT is a world where the most unusual animals exist. The WISHFITS are magical, unusual and have evolved in a weird and wonderful way, combining two different species to form hybrid animals with very distinct characteristics! Some of Eric’s favourite WISHFITS include the DAT (dog/cat) the COG (cat/dog), the SNOG (snail/dog – the enthusiasm of a dog at the speed of a snail), the PEEP (pig/sheep) the CHUG (cheetah/slug – the slowest cat in the world), the HIPPOROO (hippo/kangaroo), the CHIMPANPOO (chimpanzee/poodle), the POLARBAT (polarbear/bat), the CROCOPUSS (crocodile/cat), the SHIGER (sheep/tiger – the most nervous cat in the world), the SPIKEY (spider/donkey) and many, many more. To be able to write a series of books with my son Eric has been magical. This idea was inspired 3 years ago by a very special friend of ours who runs a Children’s Hospice charity. I told her one evening about some of the funny animals my son Eric and I would invent, starting with the Cog and the Dat. And how every evening the two of us would think of the most unlikely animal we would like to have as a pet. She loved this idea so much she encouraged me to turn this into a book series. I then met with an amazing company called @tongalteam who have a global community of creators. We loved the idea of thousands of creative people being part of the development of our idea. I am thrilled to be working with Hachette, an amazing publishing house. They shared our passion and enthusiasm from the moment we told them about WISHFITS.  Two of the children’s charities I work closely with will benefit from profits of WISHFITS, @sschospices and @togetherforshortlives. Simon PS. My gut feeling is that some of these WISHFITS actually exist…somewhere!

America’s Got Talent: Simon Cowell Isn’t The Only Celebrity In On The E-bike Fad

While Simon Cowell is recovering from surgery, other celebrities are out riding the electric bike wave in droves. California Governor Arnold Schwarzenegger posted a photo of a quarantined bike ride on Instagram. Rumor has it he has more than one electric bike in his possession.

Others, such as Kendall Jenner, Leonardo DiCaprio, Jay Leno, and Miley Cyrus ride their e-bikes throughout Los Angeles. Likewise, Elon Musk, Ellen DeGeneres and Ryan Reynolds are all favorites when it comes to their e-bikes for various reasons.

The advantages of owning an e-bike are that they are easier to ride than a standard bike, are environmentally friendly with rechargeable batteries, and are said to be more efficient (because they are faster). However, they are also expensive and range from $400 to $2000 or more. 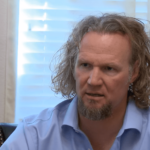 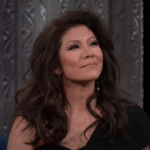