Counting On: Joy-Anna and Austin Aren’t Included In The Counting On Promo Photo.

Joy-Anna Duggar and Austin Forsyth are notably absent in the new promotional photo of Counting On. Last week a new season was announced and with it an updated cast photo.

There was no official announcement of Joy-Anna or Austin leaving, but their lack of appearance has affected Counting On fans. Are they taking their cue from Jill Duggar and Derick Dillard?

Counting On: Joy-Anna and Austin Aren’t Included In The Counting On Promo Photo.

Joy-Anna Duggar and Austin Forsyth are the only two cast members from previous seasons that are not in the new promotional photo. This has aroused some suspicion, especially since Joy-Anna Duggar got pregnant again.

All the other Counting On families are present with their children, including Jinger Duggar and Jeremy Vuolo. The Vuolo now live in California, but they will continue with the show.

Since there has been no official statement from Joy-Anna and Austin Forsyth, viewers wonder: Did Joy-Anna Duggar announce her pregnancy on YouTube because she chose not to film anymore?

Last June, Joy-Anna and Austin lost their baby girl to a miscarriage at 20 weeks of gestation. They talked about their loss, which was devastating for the couple.

Now they’re expecting another baby girl in mid-August. She will join her older brother Gideon, who celebrated his second birthday earlier this year. Fortunately, this pregnancy is going well and the baby Forsyth seems perfectly healthy.

Austin Forsyth and Joy-Anna’s family is growing in more ways than one in late 2019, they moved into their home and added a puppy to their family. They didn’t get too much attention on social media, but each of them shared a few posts that attracted a lot of attention.

Joy-Anna’s “pardon my belly” T-shirt was a big hit with followers and Austin Forsyth shared a photo of Gideon drinking coffee that caused a stir.

Fans are interested to see if Joy-Anna and Austin Forsyth will be on the show when the returns count or if they will be missing, as the promotional photo suggests. 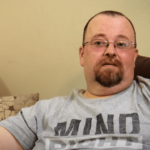 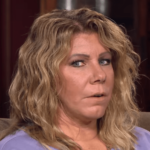