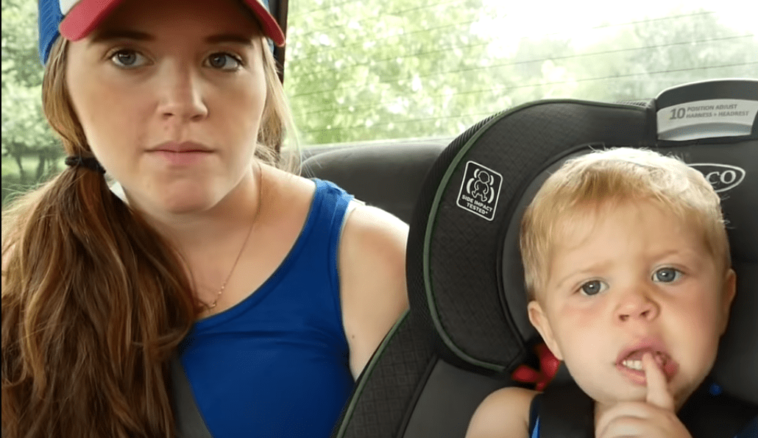 Counting On: Joy-Anna Duggar And Austin Forsyth Are Excited For Gideon To Have A Little Sister

Joy-Anna Duggar and Austin Forsyth welcomed their son, Gideon, in February 2018. Since then, the Counting On stars have been happy to post photos and videos of their son as he grows up. Duggar has captured some hilarious moments with her little boy, proving that he is the most messy Duggar.

Joy-Anna Duggar and Austin Forsyth will go through the final moments with their son before welcoming a new baby later this summer. Duggar loves posting photos and videos of Gideon to social media, and he has won the hearts of many Count on fans.

Duggar once posted a video of Gideon doing his “happy face” and “mad face” in front of the camera, and fans thought he seemed so extroverted and excited. Duggar also posted footage of her son during the weekend celebration of the July couple, where Gideon behaves like a typical little child and his parents certainly seem to keep him entertained. Forsyth also posted many pictures with his son, including taking Gideon to the airport and inviting him to work in workplaces next to his father.

Counting On: Joy-Anna Duggar And Austin Forsyth Are Excited For Gideon To Have A Little Sister

Gideon will soon have a sister, which means his days as an only child are almost over. Joy-Anna Duggar And Austin Forsyth seem to publish it on social media more than usual, perhaps because they are making the most of the few months he has left before the chaos of having two children.