Counting On: Abbie Duggar Isn’t Going To Have 19 Kids

The Duggar family is one of the largest families in the United States; Michelle and Jim Bob Duggar have 19 biological children, plus one adopted son. The family has become famous for its size and fans cannot help but wonder if Michelle and Jim Bob’s children will continue to have the same number of children. But Abbie Duggar, who is married to John David Duggar, laughed at the idea that she would ever have so many.

When Michelle and Jim Bob first got married, they started using contraceptives because they didn’t feel ready to have children. However, while they were taking the pill, Michelle became pregnant, but shortly afterwards they lost the baby. They felt it was God’s way of telling them to stop preventing children; they continued to have all the children God wanted, and that’s how they ended up being 19.

Michelle and Jim Bob don’t believe in preventing pregnancy anymore, but that doesn’t necessarily mean that their children believe it either. It has been speculated that some of Duggar’s children use birth control, although this is not confirmed.

Counting On: Abbie Duggar Isn’t Going To Have 19 Kids

It is not uncommon for Duggars to be married in their early 20s. Joy Duggar married Austin Forsyth when she was still a teenager, but most of the children were married at 23. However, John did not meet his future wife until the age of 28. When they got married, she was already 26. Although still relatively young for most Americans, the couple’s religions tend to promote marriage at a younger age.

The two waited about six months to start having children, and they welcomed their first child when Abbie Duggar was 27 and John Duggar was 29.

It’s no surprise that John and Abbie Duggar may not get to baby no. 19; Abbie welcomed her first child about six years later than Michelle. But in a recent episode of Counting On, Abbie Duggar made it even clearer that she is not lobbying to have 19 children.

After Abbie Duggar and John Duggar took a course on pregnancy, Abbie Duggar explained that there was a lot to prepare for before she welcomed her first child. The producers then said, “By the time you have your 19th kid, you’ll have it down.” Abbie Duggar immediately laughed and shook her head. “No,” she said. 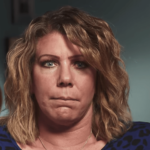