Jersey Shore presented to the world a group of self-proclaimed guidos and guidettes who, throughout the summer, have gone from perfect strangers to inseparable friends.

One of these guides was Jenni “JWoww” Farley, a 24-year-old from Long Island, New York. When the original series ended in 2012, many fans wondered what would happen to “JWoww”.

During all their time on the Jersey Shore, Nicole “Snooki” Polizzi and Jenni “JWoww” Farley became fast friends. Given the success of Jersey Shore, MTV gave Farley and Polizzi a series of spin-offs.

Jersey Shore producer, SallyAnn Salsano, worked on Snooki & JWoww, which was supposed to be a modern Laverne & Shirley. The series followed the duo’s friendship through Polizzi’s first pregnancy and her marriage to Jionni LaValle.

The web series Moms With Attitude aired in November 2015 and ran for two seasons. Originally, all episodes were on YouTube. According to Elite Daily, it is now possible to stream both seasons – for a total of 100 episodes – on Go90’s website.

When Jersey Shore: Family Vacation was announced, Jenni “JWoww” Farley was included in the cast. Unfortunately, after a tumultuous season 3, Farley, Polizzi and Deena Cortese had a fight with Angelina Pivarnick. 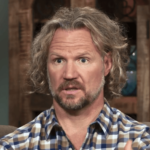 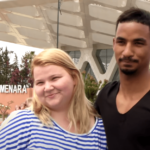