KUWTK: How Do The Kardashians Respond To Kanye West’s Behavior?

Kanye West is no longer known for his music. Now the buzzing around West is usually about the state of his mental health.

Despite frequent negative publicity, Kim Kardashian West continues to defend her husband’s actions and has declared that she will stand by his side and make sure he gets the help he needs. It’s a sweet sentiment, but Kardashian West fans can’t help but wonder if her behavior is bad news for her popular brand.

KUWTK: How Do The Kardashians Respond To Kanye West’s Behavior?

Kim Kardashian has been pretty quiet over the years about her husband’s behavior. Recently, however, Kardashian West has been addressing the public, asking for sympathy, according to The Guardian. She explained how difficult it is to see a loved one suffer from bipolar disorder.

She always appeared sympathetic to her husband, even after his most surprising episodes. Yet sources close to her have declared that she is “at the end of the line” and that she is upset by the lack of respect that the West is showing towards their family.

Happy 86th birthday to my grandma Mary Jo. Last week we celebrated my sweet grandma and she hasn’t left her house since January. First she was sick and then Covid lockdown. So we got her best friends tested and driven up from San Diego to celebrate MJ. We even had her favorite piano player and singer from San Diego come to perform. It was such a magical day and grandma you deserve the best!

According to TMZ, the couple keeps their money and activities completely separate, so their behavior will not have much effect on their business relationship.

Although the Kardashian brand is safe, her marriage may not be. West’s behavior almost certainly puts a strain on their relationship. A source recently stated that the couple is in trouble during the current pandemic.

Many fans believe that Kardashian West might be better off if she decides to seek a divorce. 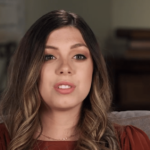