What Will Happen After ‘KUWTK’ Ends?

When people think of KUWTK, they often think of the famous Kardashian-Jenner family and the dramatic lives of its members. However, a key feature of the show that many people may not think much about is its different opening credits.

The original intro will be memorable for fans. However, Kim Kardashian admits that something about it bothered her.

In the first three seasons of the series, Keeping Up With the Kardashians had a rather iconic intro. It features a family trying to do a photo session together. They have fun and make a bit of a mess before finally coming together at the end of the scene. Kylie Jenner then pulls back the curtain to reveal their house as the backdrop.

From seasons 4 to 10, the series kept the same intro, but decided to show only the title instead of the family part. Things changed completely in season 11, when the series introduced an elegant intro showing the female members of the Kardashian-Jenner family, but excluding Caitlyn Jenner. Since season 14, the intro has been a montage of the family’s childhood and present moments.

What Will Happen After ‘KUWTK’ Ends?

KUWTK has been entertaining fans for years, but the show is coming to an end. The series finale will air on 10 June. But the Kardashian-Jenners won’t be turning off the cameras anytime soon.

Some family members, including the Kardashians themselves, have signed a deal with Hulu to create content for the streaming network. So fans will be able to keep up to date with the Kardashian-Jenners for the foreseeable future. 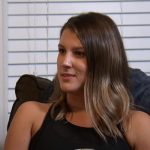 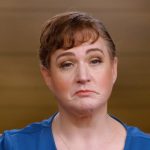