KUWTK: Kris Jenner And Her Family Have Outgrown ‘KUWTK’

KUWTK was not the first family-oriented reality show, but it is one of the most influential. It also made the Kardashians famous names and multimillionaires. So, why is the family turning off the cameras now?

KUWTK: Kris Jenner And Her Family Have Outgrown ‘KUWTK’

As the Kardashian empire has grown, the show it all began has become less critical of the family’s success. At the moment they no longer need the series to maintain their fame or wealth. “Their brands are so big that they don’t need the show anymore,” an insider told the Hollywood reporter.

KUWTK attracts about 1.9 million viewers per episode in its most recent season, the trade publication mentioned. That’s a drop in the bucket comparable to the audience the KarJenner sisters commissioned on social media. All five have more than 100 million followers each, making them among the most followed accounts on the platform. The most popular, Kylie Jenner, has 195 million followers.

In addition to a massive social media presence, the KarJenners also support a long list of successful companies, including Kylie Cosmetics, KKW Beauty, Good American denim, and the lifestyle website Poosh. Kendall Jenner is one of the best paid models in the world, and Kardashian West is studying to become a lawyer and is taking meetings with President Trump to advocate for criminal justice reform.

In short, the Kardashians have a lot of things to do besides their TV show. The famous family may – for the time being at least – step away from TV, but they don’t step out of the public eye. 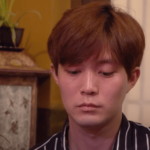 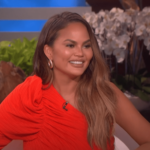