According to the official synopsis of the episode, entitled ‘Samantha Mason’s Story’: “At nearly 1,000 pounds, Samantha Mason is dangerously close to dying, to make matters worse, she’s paid to eat by making videos online; if Samantha does not overcome her toxic relationship with food, she is worried that she will leave her daughter motherless”.

Better known online as Vanilla Hippo, Samantha is someone who has exploited her weight in every possible way to provide for herself and her family. But when she realized that the scale number was so high she could die before she reached her life goals, she decided to turn her life around.

So Samantha Mason packed her bags, moved to Houston, and talked to Iranian-American surgeon Younan Nowzaradan (often called Dr. Now) about her options. And he implied, as always, that if she valued her life and wanted to live, she would have to cut down on her meals, exercise, and lose weight on her own before he could even think of performing a gastric bypass surgery or a sleeve gastrectomy to help her further.

And by the looks of it, no matter how Samantha Mason was shown in the trailer, crying and telling the people around her that food was her whole life, it seems she was able to do exactly what Dr. Now wanted her to do.

Samantha or Vanilla Hippo’s story is definitely a success. Although her Twitter profile currently describes her as a “6’2″ 750-pound” woman, some reports suggest that she actually gained up to 550 pounds and has received both a fat removal and an excess skin removal surgery. This information is even confirmed by her other social media accounts.

About two and a half months ago, around mid-October, Samantha Mason uploaded a video on her YouTube, explaining how “Miss Belly” is gone and how she is now in a position to love her body unconditionally. She gave details about her surgery and said that although she was never immobile, she now has the stamina and ability to walk like never before.

Samantha Mason finally looks happy in her own skin and is so grateful to everyone who has helped her that she cannot even describe it. In the video she stated that she talked to Dr. Now as he did his rounds and thanked him for giving back her whole life. “I don’t know if you understand that, but I – uh – will be grateful to you forever,” she said. “Like you took the chance and you did it and look at me now – the possibilities are endless”

In her own words, as far as she is concerned, this journey has had a fairy-tale ending. Her weight has fluctuated, she’s had a few small problems with the numbers and the operation, but the results, which are clear to see, have overcome all that. 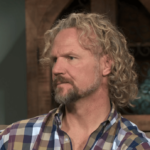 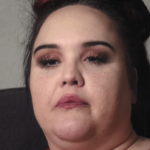