Hannah Brown still believes in the process after ‘The Bachelorette’

Many fans were left rooting for Hannah Brown given she went through several bad relationships on The Bachelorette. That means some of them are hoping to get another season. Find out what Chris Harrison has to say about her getting another chance and more.

Hannah Brown still believes in the process after ‘The Bachelorette’

The Bachelorette ended with Brown dumping Jed Wyatt when it came to light he still had a girlfriend back at home. She then asked runner-up Tyler Cameron out for drinks, but he moved on to dating Gigi Hadid.

Hannah Brown was open about being disappointed and heartbroken. But she still believes you can fall in love with TV….“Yeah, I have to believe in it because I have felt and received love. I believe it’s possible,” she said to Variety. “I didn’t succeed, but success stories have come out of the franchise.”

She continued, “I really do believe that it doesn’t matter where it is — if it’s on a reality TV show, if it’s meeting through mutual friends, if it’s just randomly meeting a stranger — you can find love anywhere. You just have to be vulnerable enough to say yes. For some people, it works. You never know.

She then returned for ‘The Bachelor’

The former star went on to compete on Dancing with the Stars. She also made a performance on The Bachelor to wish Weber all the best. But she unexpectedly had an honest conversation with him.

“I asked her questions I didn’t know the answers to, so if she never would have came back, I wouldn’t have known the answers,” Weber told Glamour. “You’ll see what happens, but I feel like everything happened for a reason, and I’m not angry the way it happened.”

Some of those questions included why Hannah Brown asked Cameron out for drinks on After the Final Rose instead of him. We don’t get to see how the conversation ends in the first episode. But some fans wondered if Brown would get another chance to be single.

Chris Harrison isn’t against Hannah Brown being the star again

Hannah Brown didn’t get a happy ending at the end of her season and a lot of fans want to see that happen. But will she get a second chance?

“Look, anything’s possible. I’m not against it,” Chris Harrison said on the Television Critics’ Association’s winter press tour, according to Us Weekly. “I think the thing that makes us love her so much – and I’m involved in that and worship her – is that she’s so open and honest and just, she’s a train wreck. You get to see the good, the bad and the ugly in Hannah and that’s a rare thing in a human being.”

The host did remind people that he doesn’t have the last word on that decision. “Do people want to see him again? I don’t know,” he said. “I think we’ll see what Bachelor Nation thinks.”

It looks like the fans will have to keep sharing their love for the former star if they want to see her again. We still don’t know who the next star will be for some time. 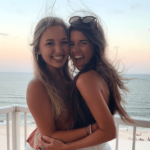