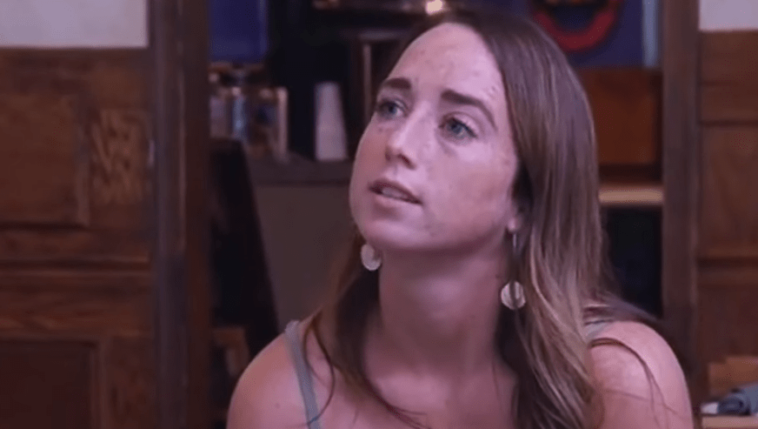 Married at First Sight spoilers reveal if Katie Conrad is married to Derek Sherman. The first episode of MAFS shows that Katie gets cold feet and it looks like she is about to become a runaway bride. There are some lingering problems with an ex-boyfriend that change her mind. Is Katie going to marry Derek?

Despite being only 25 years old, Katie Conrad Married at First Sight cameras said she’s ready for the wedding. She wants to walk down the aisle. And, most of the people she’s dated are not on the same page as her. Her grandparents have been married for over 50 years. And they certainly set an example for her. Yet Katie Conrad feels “contradictory” about marrying a man she’s never met, Derek Sherman.

Katie Conrad said in the season’s 10 premiere Married on First Sight episode that she has an ex lingering in the background. She wrote him off. However, revealing to him he has feelings for her is messing with her head and making her reconsider her life choices. Meanwhile, her family members think the husband is doing this to deliberately mess with her head. Certainly, it’s obvious he doesn’t want Katie to go ahead with marrying Derek. And it creates doubt.

A lot of fans think Derek Sherman is a nice guy and that Katie Conrad shouldn’t have gone through the Married at First Sight trial if she was seeing anyone.

Married at First Sight: Derek Sherman Is All In

Unlike his potential future wife Katie Conrad, the groom Derek Sherman seems very gung-ho about the Married at First Sight trial. He reveals that he has always been a hopeless romantic. And, he can’t wait to have someone to go on an adventure with. Derek doesn’t seem to have as many reservations as Katie Conrad. And, uh, that’s a sharp contrast for the couple.

Derek Sherman is adventurous. He talked to his family at the premiere about some exotic food he tried. And, he’s the type of person who always seems adventurous. Meanwhile, Katie Conrad is in conflict with the new season of Married at First Sight. This situation with the other guy in her life really makes her doubt her choices. And right now in the season, she’s still on the fence to get on with everything.