Bethany Stout turned to TLC’s My 600-lb Life program several years ago for help losing weight. In a short time, she went from a size 38 to a size 18 starting in March 2021. Never losing hope, she is one of the program’s greatest success stories. The goal of the show is to help people who weigh at least 600 lbs follow a diet program provided by Houston-based Dr. Now. Eventually, they hope to lose enough pounds to qualify for weight-loss surgery.

However, Bethany Stout found the process too difficult and ended up dropping out of the program. Although she seemed to give up, she actually managed to change her life and lose several pant sizes.

Bethany Stout started to lose weight, but it was not easy for the star of The My 600-lb Life. During one weigh-in, the scale read 500 pounds, which meant she had put on pounds instead of losing them, leaving Dr. Now worried.

She worked successfully with Dr. Now for eight months, eventually dropping from 608 to 496 pounds. However, Bethany decided to leave the program after gaining weight only two months later.

The reality star participated in season 8 of My 600-lb Life. In episode 3, the then 40-year-old heard her children say they wanted her to be “human again.” They also said she loved to cook, but that it was impossible because of her weight.

Bethany Stout revealed that she began comfort eating during an unhappy childhood, during which she claims she was neglected by both parents. She suffered from depression and anxiety and often had panic attacks. When she gave birth to her second child, postpartum depression caused Bethany to gain weight. But within a few months of participating in Dr. Now’s program, Bethany Stout had lost enough weight to undergo gastric sleeve surgery!

After the surgery, she did not lose much weight, so much so that Dr. Now asked her to see a psychotherapist for emotional eating problems. Bethany disagreed with the request and left the program. By that time, she had lost 30 pounds.

Several years after her debut on TLC, Bethany Stout has taken steps to lose weight. She has lost another 150 pounds and looks significantly different than when she first appeared on the reality show. In March 2021, she revealed on Facebook that she went from a size 38 to a size 18, and a year later, she shared an update with fresh curls showing that she is following a healthy diet.

In addition to her weight loss journey, documented on social media, Bethany runs a Parenting in Progress Facebook page, where she talks about mother and baby topics. She is also now a grandmother! 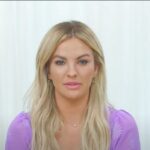