Sister Wives: Janelle Wants None of that ‘Love’

Sister Wives star Janelle Brown recently answered a fan who asked why Kody Brown calls Robyn Brown “love”, but not one of his other wives. In recent episodes of Sister Wives, Kody Brown has turned to Robyn Brown and called her “love”. He did it several times while he was in front of the camera.

Sister Wives: Janelle Wants None of that ‘Love’

The viewers seemed to realize it immediately. This is only because the patriarch of the Sister Wives is not in the habit of using terms affectionate to the camera. You don’t see him using romantic, sappy words towards the women he married.

Then why is Robyn Brown so special? Well, apparently not according to what Janelle had to say. Kody Brown’s second wife said that Kody calls her “sweetheart.” Janelle Brown also said that she doesn’t want to be called “love.”

Janelle Brown didn’t explain why she doesn’t want the head of the Sister Wives to call her that. But it may be one of many reasons. First of all, love is something more traditional for people in the United States.

Sister Wives: Too Sappy or Already Assigned By Kody?

We often hear couples refer to their spouse as “sweetheart” or “honey”. So maybe Janelle Brown thinks it’s fun to call someone “love.” Or maybe she associates that term with Kody and Robyn. So, it’s possible that she’d rather not be called by the same name.

Kody Brown refers to Robyn Brown as “love” and Janelle Brown as his “sweetheart.” But nothing has been said about his pets’ names for Christine or Meri. But Sister Wives fans have wondered, since Janelle and Robyn have separate pet names, if Kody accidentally mixes them by mistake.

Most parents with one or more children would probably admit that there was a time or another when they mixed up the wrong child’s name. So, this probably works the same for a man with a group of wives, as it does for sister wives. 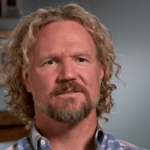