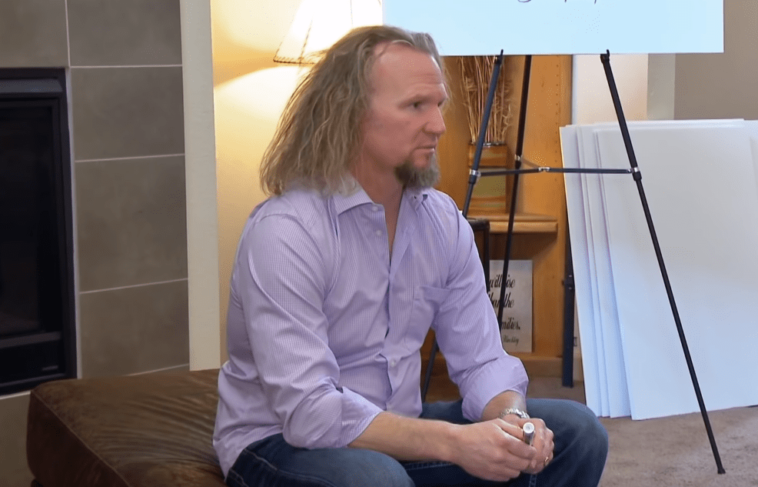 Sister Wives star Kody Brown looks completely unaware that he’s in the background of a photo that seems to give a glimpse of real home life. Christine Brown took a series of photos and placed them online. But Kody Brown doesn’t seem to realize that he was captured on camera, because he looks rather disappointed at the situation that arises.

Kody Brown from Sister Wives with 18 kids doesn’t even tweak his facial grimace to give him that happy look while spending time with his children. No, it looks like Kody Brown doesn’t know his third wife captured his image.

First, it’s easy to see the Sister Wives kids were meant to be the center attraction in this photo.But there seems to be Kody Brown away in his own world in the background.

Christine Brown posted a series of three pictures, one taken right after the other. A partial look at Kody Brown shows up in two of the pictures. But in the third picture you see the face of the Sister Wives patriarch, which looks fixed on his cell phone.

The kids seem to raise holy heck, wrestling only about two-feet in front of their Sister Wives father. Looks like a forgetful Kody Brown is concentrating on some task. There’s a bunch of papers on his lap and he’s looking closely at what his cell phone seems to be.

Kody Brown doesn’t seem to realize the commotion the kids cause as he stays engrossed in whatever it is he’s doing. Today, parents across the country tend to reprimand children for focusing on their mobile phones during family time. Mobile phones and video games quickly became a modern nuisance for parents everywhere.

But this Sister Wives photo looks a bit reversed. While the kids bond in this photo, their father seems fixated on his hand-held screen. The father of the Sisterwives stands with his head in what has become the traditional gaze on the mobile phone in today’s society.

Kody Brown didn’t pick the quietest of places to concentrate on a task if this is what he’s doing. Christine’s kids are being rough-housed, so it looks like the leader of the Sister Wives is surrounding himself with distractions. It’s easy to see from previous reports that Kody Brown’s third wife doesn’t bother to keep the noise level down.

Another recent post from Christine Brown shows how this Kool-Aide mom not only allows but promotes this rough play in her home. Last week Christine posted a video of her daughter Ysabel Brown making a flying jump in the Christmas tree. So it’s not that Kody would expect peace and quiet in this house of Sister Wives.

While Kody Brown stays away from posting on social media, his wives share photos of him from time to time. The pictures usually entail Kody Brown spending time with the kids.Kody usually smiles while he seems engaged to his children in those messages. This time it seems the fans have caught a glimpse of the real gay moment for the Sister Wives celeb. 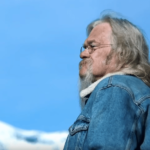