Kim Kardashian West and Kanye West are one of the most powerful celebrity couples in existence today. They caused a media frenzy when they first got together, but they are such an established couple in the industry that it seems they have been together forever. Even so, many years later, fans can’t stop talking about them.

The Kardashian-Jenners, on the other hand, have been showing us their lives on Keeping Up with the Kardashians for so many years that some people are beginning to get bored of the same old drama. Fans are brainstorming about how the Kardashian-Jenners can stay current, and the marriage between Kardashian West and Kanye West seems to be the key to solving this challenge.

Kanye West and Kardashian West have known each other for a long time because they frequented the same circles, but they only started dating in 2011. At that time, Kim Kardashian West had not yet finalized her divorce from former Kris Humphries (to whom she had only been married for a few months). Not long after the divorce was official, she married West in a beautiful ceremony in Italy. It seems that these two lovebirds were so crazy about each other that they couldn’t wait to get married.

Although fans at the time were shocked and confused by this unlikely couple in many ways, Kim Kardashian West and Kanye West surprised us all. 7 years later, their marriage is still going strong, and they even have four children together. Although recent rumors have suggested that their love is in crisis, their social media pages suggest otherwise.

“I think Kim sharing her life with Kanye (good, bad, ugly) would keep people tuned in, because Kanye is constantly making news,” one fan wrote. West is certainly news, and it’s undeniable that having him as the most active part of the show would keep more people tuned in. Another fan agrees, “I was all caught up in the drama with Kanye and her dress. As much as I’m not a fan of Kanye West, I’d love to see the dynamic of their marriage more dynamic and just him being around the kids,” they wrote. It seems like the fans really want to know the truth about this marriage and what makes it work. 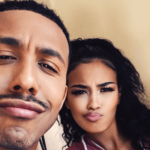