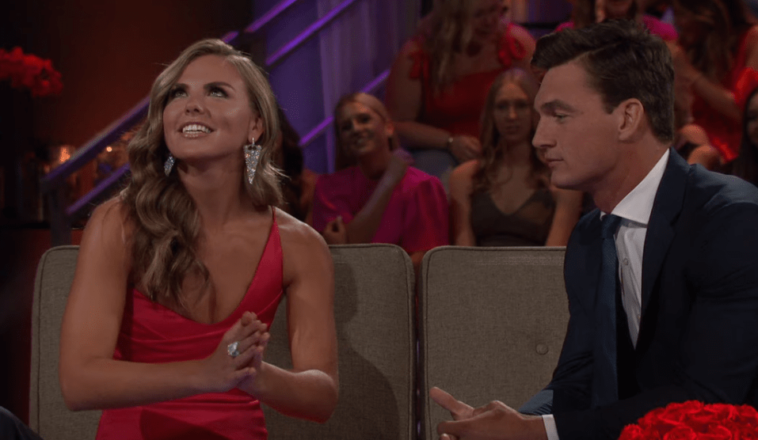 Hannah Brown showed up on Monday’s premiere episode of The Bachelor, and she and Peter Weber fully got into it.It was frankly a huge mess, but one of the more interesting parts of their convoy was when Peter Hannah asked if she had considered asking him out-not Tyler Cameron- after things ended with Jed Wyatt. (Reminder: Tyler Cameron and Hannah had a date before dating Gigi Hadid).

It sounds like a lot went on behind-the-scenes during Hannah’s season, and Peter just went to Rachel Lindsay and Becca Kufrin on their “Bachelor Happy Hour” podcast, to explain that Hannah had actually made plans with him before he asked Tyler Cameron out.

“I was prepared at [After the Final Rose] to, like, give it a shot and I knew there was a chance for The Bachelor and I was going to say no to the show,” he said. “At AFR, when I saw her for the first time after the show, we kind of had a brief saying goodbye to each other off-camera, caught up and she said that she had moved close to where I was living.I was like, “No way, let’s meet. We had a deal. I honestly got excited at the time. I was like, “Maybe this isn’t over yet. I felt the chemistry on stage to be completely honest.”

Peter added, “They had been talking a little bit. I had never reached out to her. I was waiting to talk to her at AFR. The part that pissed me off and hurt me was that we talked about… And maybe I shouldn’t have gotten excited…”

Damn, no wonder things were so dramatic at Hannah’s show. Really? Yikes